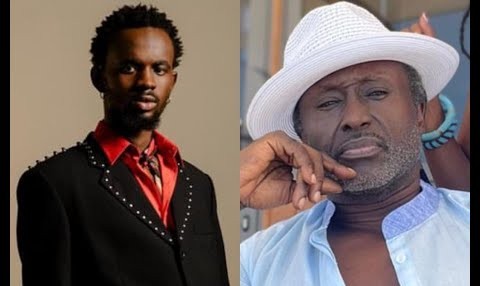 Hiplife grandpapa Reggie Rockstone has disagreed with the reports that Black Sherif’s failure to grab the 2022 BET Best International Flow award is a loss.

According to him, the young musician securing a nomination in the revered award show barely two years into the industry is a win on its own.

Speaking to AdomOnline’s Dennis Adu, Reggie Rockstone said that “he didn’t lose, definitely not it. He won. Just being mentioned. How long has a man been in here? It hasn’t been a long time since he started music, but then he got a nomination in no time. He has won.”

The ‘Makaa Maka’ hitmaker added that Black Sherif’s nomination and consistent growth are even more impressive when people notice he is being himself and staying away from copying trends or joining the new Afrobeats craze.

“This person doesn’t play Afrobeat or Hip Hop, and you get his whole vibe. He really defines what I always tell everyone. You don’t need to follow trends. Everyone is doing Afrobeats, and he went the other way.

“It’s very hard right now not to be influenced by what is going on around you. That is why it’s difficult to tell the difference between Ghanaian musicians and Nigerian artistes. He is just like Kwaw Kese, he never changes his style,” he noted.

Reggie Rockstone said he is glad to be alive to witness some of these growths in the music industry.

Black Sherif was the only Ghanaian that was nominated for the 2022 BET Hip Hop award. He was nominated in the coveted Best International Flow category with stiff competition from UK’s Knucks, South Africa’s Blxckie, France’s Benjamin Epps and five others.

Meanwhile, on Thursday, rapper Black Sherif released his much-anticipated debut album ‘The Villain I Never Was’.

Purposefully biographic, ‘The Villain I Never Was’ is about Black Sherif’s trials and tribulations.

“It took me everything to give life to this body,” the 20-year-old artiste said. “The one thing in my life that I gave everything up for. There is life in this body, I hope it treats you good and speaks to you like I want it to,” he earlier wrote in a social media post.

DISCLAIMER: The Views, Comments, Opinions, Contributions and Statements made by Readers and Contributors on this platform do not necessarily represent the views or policy of Multimedia Group Limited.
Tags:
Black Sherif
Reggie Rockstone