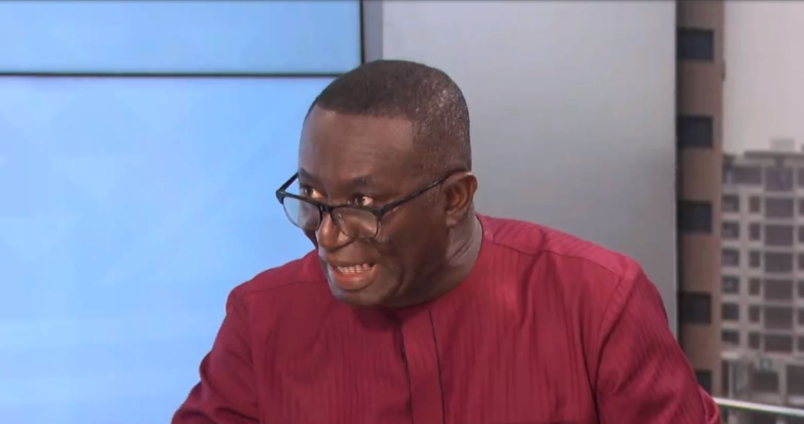 Asante Akim North MP and one of the lead voices for Ken Ofori-Atta’s dismissal, Andy Appiah-Kubi has given a blow-by-blow narration of how a wealthy Ghanaian businessman attempted to influence the Majority Caucus to back off on their request.

The MP in an interview on Top Story, Tuesday said the wealthy businessman on the day after the Press conference was held to demand Mr. Ken Ofori-Atta’s dismissal, requested to meet the 80 NPP MPs in Parliament.

His request was subsequently granted. According to Mr. Appiah-Kubi during the meeting, the business tycoon tried to influence the MPs to rescind their request.

The lawmaker said he offered a ‘fat’ envelope which contained some undisclosed amount of money for the MPs to back off from their demand.

However, Mr. Appiah-Kubi noted that the MPs turned down the affluent man’s request and asked him to stay off the matter.

“The man came and wanted us to turn round and reconsider the decision to appeal to the President to relieve Ofori-Atta of his post. We listened to him and he said that when he had come here to talk to us, we had given him the opportunity to address us and therefore he wants to make certain demands from us.

“Indeed, he got disappointed when we said we cannot take anything. It is not for the reason of money that we are making this demand. We are motivated by our conscience and therefore it is not about materialism,” he told Evans Mensah.

“That is where we returned the money to him and he took it away.”

Asante Akim North MP, however, did not disclose the identity of this affluent man.

He indicated that the MPs did not find any need to investigate the actions of the businessman since he was only interested in ensuring tranquility within the leadership of the government.

According to him, the businessman has since then not returned to persuade the MPs.

When asked if he was sure none of his colleague MPs has gone behind the scenes to accept the businessman’s gift, he said “I am sure that none of my colleagues got back to him on that. I am very sure about that because we meet every day and we are very close.”

He dismissed any allegation that the wealthy man could be affiliated with the government or with the New Patriotic Party.

Mr. Appiah-Kubi noted that other persons, since their request, have equally attempted to intervene for the Finance Minister.

DISCLAIMER: The Views, Comments, Opinions, Contributions and Statements made by Readers and Contributors on this platform do not necessarily represent the views or policy of Multimedia Group Limited.
Tags:
Asante Akim North MP
Ofori-Atta