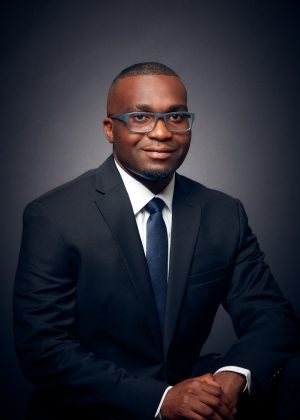 About 78% of the ¢28 billion financing need by government in the first half of 2022 came from the Bank of Ghana, US based Assistant Professor of Economics at Niagara University, Dr. Dennis Nsafoah has revealed.

In the process, Ghana lost about $2 billion of its international reserves.

“Even more worrying is that Ghana as of June 2022, for the first time since 2001, had a negative net foreign asset (NFA) of ¢6.4 billion on top of the chronic current account deficit. This may expose the cedi to currency speculators, who may drive it even lower”, he disclosed in his critique of current development in the Ghanaian economy.

Though he commended the Bank of Ghana for helping to close the financing gap of the government when needed, he pointed out that the decision is not sustainable and cannot continue for the second half of the year.

“In the continuing absence of access to international capital markets and the constrained domestic financing, the Ministry of Finance may need to control spending even further to avoid deficits. This must be done even if it means a temporary suspension of some of the government’s flagship programmes such as Free Senior High School”, he stressed.

The decision at the extraordinary MPC meeting follows last month’s decision to pause on the recent interest hikes.

Dr. Nsafoah said the decision to increase the policy rate is a step in the right direction, even though it could have been done a month earlier.

“We think the decision to increase the policy rate is a step in the right direction, even though it could have been done a month earlier. The increase in the policy rate serves two main purposes in the fight against inflation. First, it will slow down demand to give supply time to catch up in dealing with the excess demand in the economy”

The Assistant Professor of Economics said the Bank of Ghana cannot be blamed for the rising inflation because it does not have tools to deal with the supply side.

BoG, Finance Ministry should agree on a cap on overdraft to government

It also announced other measures to address the underlying challenges confronting the Ghanaian economy. They include raising the primary reserve requirement of banks from 12% to 15% and boosting the supply of foreign exchange by collaborating with mining firms, international oil companies and their bankers to purchase all foreign exchange arising from the voluntary repatriation of export proceeds from mining, and oil and gas companies.

But Dr. Nsafoah is of the opinion that the Bank of Ghana should work with the Ministry of Finance to agree on a cap on overdraft, adding, Ghana’s current economic challenges are largely fiscal in nature.

“We are of the opinion the second most important measure from the MPC meeting was the Bank of Ghana working with the Ministry of Finance to agree on a cap on overdraft. Ghana’s current economic challenges are largely fiscal in nature”.

“As reflected in the mid-year budget review, the Bank of Ghana through its overdrafts to the government of Ghana was the largest financier of the fiscal deficit in the first half of 2022”, it added.

DISCLAIMER: The Views, Comments, Opinions, Contributions and Statements made by Readers and Contributors on this platform do not necessarily represent the views or policy of Multimedia Group Limited.
Tags:
BoG
Dr. Dennis Nsafoah
international reserves
Ministry of Finance
MPC