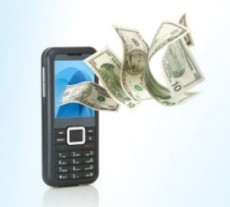 The Bank of Ghana (BoG) has given another impetus for mobile money services in the country to boom following its approval and announcement of two new regulatory guidelines.

The Central Bank released the “E-money Issuers Guidelines” and “Agent Guidelines” to create an enabling regulatory environment for convenient, efficient and safe non-cash retail payments and transfer of funds.

The BoG published the Guidelines on its website on July 6 2015, to replace the earlier guidelines for Branchless Banking.

With the new guidelines, both the number and value of transactions are set to multiply, analysts believe.

The new Guidelines will facilitate the expansion of financial services to include millions of Ghanaians who hitherto didn’t have a bank account. It will also help to capture financial transactions within the informal sector.

Indeed, Vodafone is almost ready to start a mobile money service, and it is expected to launch the service on the back of the new guidelines.

One of the major differences between the old and new Guidelines is that Mobile Operators will require a license to become dedicated e-money issuers (DEMIs).

DEMIs will own and manage electronic money business using retail outlets and agents as a channel for delivery of financial services to extend the coverage of their services and will be supervised by the Bank of Ghana.

Over seven years since the launch of the earlier guidelines, there has been limited interest from the commercial banks. The banks have thus far remained passive partners to an almost all Mobile Operator Network – led deployment industry.

The Central Bank’s wide stakeholder consultation approach, has been applauded by Industry analysts including CGAP, a civil society organization that advocates to advance financial inclusion, to ensure the proposed regulations were comprehensive and conformed to international best practices.

The new Guidelines were developed with key stakeholders including the Ghana Chamber of Telecommunications (mobile operators), the banks, payment service providers and other prospective electronic money issuers.