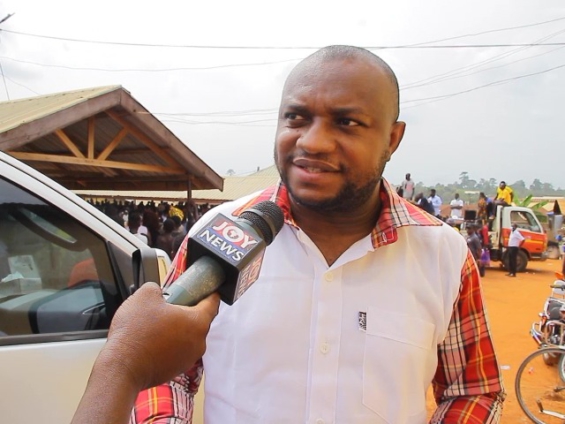 In a statement, Mr Obeng Agyenim Boateng stated that the aspiring National Youth Organiser is the right candidate to fill the NDC portfolio.

“Fellow youth of the NDC, as has already been intimated, there is a job to be done and not a position to be occupied. The current status quo is not desirable, let alone enough to take us to the promised land. Brogya has always stood for you and by you; Brogya has shown significant national prominence from a position of little advantage; Brogya has dared to do things and take risks for the NDC, which others can only parrot in verbose speeches and writings. Brogya Genfi will be an Organizer of the Youth, by the Youth and for the Youth of the NDC,” he said.

He further highlighted 14 track records as well as dedicated services of Brogya Genfi;

1. Brogya has served the NDC all his life, from the Branch, TEIN, Constituency, region to the National level.

2. Suffice it to add that, Brogya has not held any Government appointment which is often the yardstick of reward for service. He has albeit continued to serve.

3. Brogya as Ashanti Regional Youth Organiser, organized a successful mammoth procession to publicize the achievements of the H.E John Dramani Mahama-led NDC Government in the Ashanti Region dubbed: “One Thousand March for Mahama”. His record of activist mobilization is no doubt.

3. Brogya is the first NDC activist in opposition to take the NPP government on, by taking Ken Ofori-Atta to CHRAJ on the $2.25b KENBOND. Such an initiative was an eye-opener to the unconscionable corruption of the Akufo-Addo government. Talk of a Youth Activist with Courage and Initiative!

5. Brogya once again took on the Akufo-Addo government, by sending the US/Ghana Military Cooperation Agreement to the Supreme Court. That obnoxious agreement was subsequently abandoned. He is fearless!

6. Brogya as Regional Youth Organiser supported all Local Government Election aspirants who were Youth Organizers. He believes in resourcing the Youth Organisers and will go the extra mile to support every cause of the youth.

7. Brogya initiated and led action that culminated in blocking Lawyer Maxwell Opoku Agyemang, the Lawyer NPP used to remove Charlotte Osei from office as EC Chairperson, from becoming an Appeals Court Judge. Brogya has consistently deployed every arsenal to stand up to the intimidation of the NPP and their assigns.

7. Brogya as Regional Youth Organiser mobilised for the first-ever Unity Games among Constituency Youth Organizers and Deputies, Municipal & District Chief Executives and Members of Parliament within the Ashanti Region at a time when there were widespread Youth confrontations with MMDCEs.

8. Brogya was part of the Leadership of Arise Ghana Movement that vehemently resisted the oppression of the NPP and the Police and held a successful 2-day demonstration in Accra.

10. Brogya served as a member of the Working group on Youth, Sports and Employment formed by Former President John Mahama to advise him on the 2020 campaign and manifesto. Brogya will take bullets for John Mahama on any day.

11. Brogya has attended to every by-election to support the party in any part of the country with his own resources. He will fearlessly stand shoulder to shoulder with comrades in battle, in any part of Ghana, as he demonstrated in his resistance to the intimidation of NDC members during the election and voter registration at Banda and other parts of the Bono Region.

12. Brogya as Regional Youth Organiser established a Single Regional TEIN card for all TEIN institutions. This effort to mainstream TEIN as the breeding ground for future leaders will continue under a Brogya-led administration. TEIN is dear to his heart and will be given a pride of place under his watch. Under no circumstances will TEIN ever be marginalised and looked down upon.

13. Brogya is the plaintiff in a case brought against the MP for Tolon and Deputy  Minority Whip, Habib Iddrisu over his past conviction in Australia. This case has the potential to tilt the balance of power in Parliament in favour of the NDC.

14. Brogya stands tall amongst his peers, in terms of Loyalty to the NDC, Commitment to the NDC, Experience on the job, Competence in getting the job done, and Courage to face NPP.

DISCLAIMER: The Views, Comments, Opinions, Contributions and Statements made by Readers and Contributors on this platform do not necessarily represent the views or policy of Multimedia Group Limited.
Tags:
Brogya Genfi
NDC