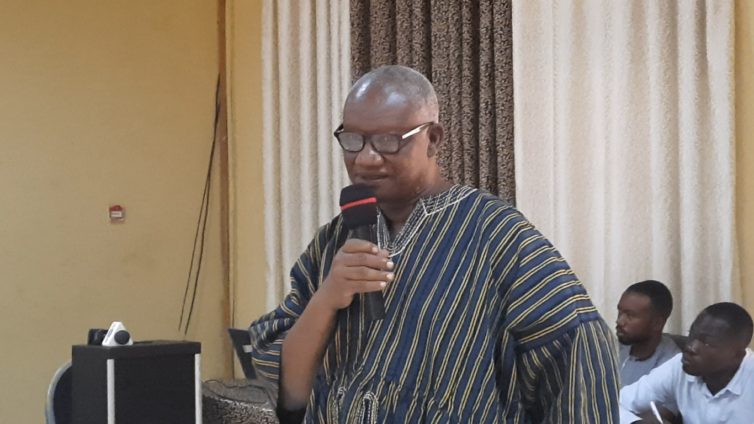 The Bono Regional Directorate of the Ghana Health Service says the region is challenged with high maternal deaths that requires the active involvement of all stakeholders to reduce them.

The Regional Deputy Director of Public Health, Prince Quarshie, said the directorate continues to roll out measures to deal with the situation, especially in preventing avoidable deaths.

He spoke at the launch of the region’s ‘Zero Tolerance for Maternal Deaths’. The event was themed ‘Stop preventable maternal deaths and disabilities in Sunyani’.

For the first half of 2022, Dr. Quarshie revealed the health facilities in the region reported 15 maternal deaths.

Out of these, he noted that the regional referral hospital in Sunyani accounted for five deaths.

Giving further details, he said postpartum hemorrhage (PPH) and unsafe abortions were the major contributory causes of maternal deaths in the period with 46.7% and 26.7%, respectively.

He also cited that two adolescent girls between the ages of 10 and 19 years – the highest risk age of maternal mortality, have died this year through unsafe abortion.

Dr. Quarshie identified inadequate monitoring of labor, delays in referring critical cases to a higher facility, inability to identify high-risk mothers for appropriate interventions, interpretation of vital during ANC, labor, and after delivery, and recommendations of audit committees not specific to the cause of death, as some of the leading issues to the high maternal mortality.

To ensure that the situation is mitigated, he said they are implementing quality care of maternal, neonatal, and child health in the districts.

The GHS is also reviewing the maternal audit, visiting reporting facilities to identify gaps and prescribe interventions, and training midwives in obstetric triaging, among other measures, he added.

The campaign, Dr. Quarshie explained, formed part of efforts to achieve the United Nations’ Sustainable Development Goal Three of reducing the maternal mortality ratio to less than 70 per 100,000 live births by 2030, hence appealing to all stakeholders to support the fight.

The District Health Director for Tain, Kennedy Ohene Agyei, noted the district has not recorded maternal mortality for the past three years.

He said aside from the steps outlined, they also embarked on aggressive advocacy for behavioral change for pregnant women to ensure that they visit the hospital on time so that they can also make referrals on time during critical situations.

The head of the Obstetric and gynecology department at the regional hospital in Sunyani, Dr. Charles Osei Anto, appealed to parents and guardians to avoid demonizing their children when they use family planning methods to avoid getting pregnant.

He said this would prevent unsafe abortions, that could lead to death.

He also called on the people to continue to donate blood to help save the lives of patients, especially pregnant mothers during birth, who may need blood.

The chairman for the launch and paramount chief of Berekum, Daasebre Dr. Amankona Diawuo II, noted that many doctors and nurses do not take their work seriously and therefore employed them to up their game and make good use of the knowledge acquired to help arrest the worrying rates of maternal deaths.

He also cited the availability of personnel, logistics, and drugs at the health facilities as an issue that requires serious attention if the fight against maternal deaths is to be won.

“We must know our limits. It is not good to wait and see, for it may be too late. And if it gets to a stage where for reasons beyond your control you can’t continue, the earlier you refer, the better”, he advised the health personnel.

DISCLAIMER: The Views, Comments, Opinions, Contributions and Statements made by Readers and Contributors on this platform do not necessarily represent the views or policy of Multimedia Group Limited.
Tags:
Bono Region
Maternal deaths