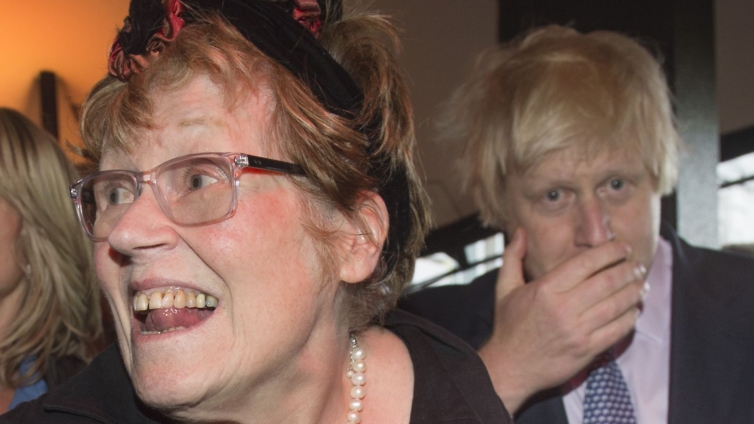 Prime Minister of the United Kingdom, Boris Johnson has lost his mother at the age of 79.

Charlotte Johnson Wahl, a professional painter, passed away “suddenly and peacefully” at a London hospital on Monday.

Johnson Wahl had been suffering from Parkinson’s disease.

During an interview in 2008, she had said: “I try to paint every day if I possibly can, though I have to go to the hospital a lot.

“I still manage to paint, though my arm will suddenly do a movement which is completely unintentional and that almost brings me to tears.”

Her artistic interests varied, but she made her name as a portrait painter, with sitters including author Jilly Cooper and actor Joanna Lumley.

Johnson Wahl studied English at Oxford University but put her education on hold to travel to the US with Stanley Johnson.

The two married in 1963 before she completed her degree as the first married female undergraduate at her college – Lady Margaret Hall.

She and Stanley had four children – Boris, journalist Rachel, former MP Jo, and environmentalist Leo – before divorcing in 1979.

They lived in New York, where she turned to painting cityscapes and held a sell-out exhibition in 2004.

She returned to London in 1996, after Mr Wahl died.

Mr Johnson once described his mother as the “supreme authority” in the family and credited her with instilling in him the equal value of every human life.

Reacting to Johnson Wahl’s death, Labour leader Sir Keir Starmer said: “I’m very sorry to learn of the prime minister’s loss. My condolences to him and his family.”

DISCLAIMER: The Views, Comments, Opinions, Contributions and Statements made by Readers and Contributors on this platform do not necessarily represent the views or policy of Multimedia Group Limited.
Tags:
Boris Johnson
Charlotte Johnson Wahl