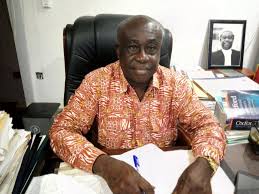 The District Chief Executive of Bosomtwe, Joseph Kwasi Asuming, is banking his hopes on the completion of road construction to help in fully realising the area’s tourism potential.

The area habours several of the major attractions in the Ashanti Region; notably Lake Bosomtwe, the only natural lake in Ghana.

However, the endowed places have yet to be converted into tourist destinations.

According to the DCE, some tourism sites are being developed to attract visitors.

“We want to build more chairs and summer huts at the facility to attract people. We are also trying to bring in more security personnel to the area to safeguard tourists,” he said.

However, poor roads leading to tourism sites and adjoining communities remain disincentive to visitors and investors.

“Bosomtwe is a tourism district and must be properly accessible so that people don’t suffer when coming to visit these sites. Developing the roads would attract investors,” said Mr. Asuming, on Luv FM’s ‘Luv in the Morning’ with David Akuetteh.

“Nobody wants to suffer before coming to tourist sites. The roads are key elements in the Bosomtwe district. It is a big game changer”.

Road construction projects within the district started in 2019, but are stalled intermittently.

“Basically, non-payment of funds for these projects is stalling their progress,” said the DCE.

Mr. Asuming is however confident roads leading to major tourist sites will be half-way completed by the end of February 2022.

“It’s unfortunate it is quite slow but we are still progressing. We want to make the road a dual-lane asphalt road. The contractors have done much so far.

“They have done the excavating works, what is left is pouring the bitumen on the surface of roads.

“This has been done so far to Abidjan Nkwanta. The contractor has promised to complete the first asphalting phase by close of February,” he said.