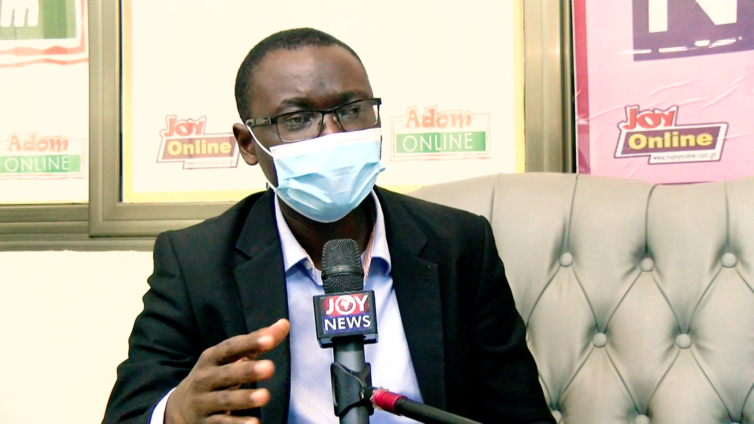 Dr Michael Owusu is a virologist at KCCR

A virologist at the Kumasi Center for Collaborative Research (KCCR) has warned that the country should expect more positive cases in the coming days.

Dr Michael Owusu wants the authorities to institute more measures to deal with the situation.

“It’s a bit worrying to have these huge numbers; over a thousand new cases being recorded for almost two to three days now. We had something a little above thousand during the first wave between July and August.”

Health experts say the fourth wave in the country has not peaked even as an average of thousand positive Covid-19 cases are being recorded daily.

They say the current numbers indicate an active spread of the virus among the population. This is actively driven by the new Omicron variant.

Figures from December 22, showed that the nation’s infections reached a record high of 1,320 cases in one day.

Fresh data from Christmas eve indicate that some 1,264 persons contracted the virus, with 8,554 cases currently active out of the cumulative 140,221 confirmed so far.

Dr Michael Owusu said the country’s Covid-19 cases is yet to peak.

“I know that we’ve not yet gotten to our peak yet but then to have these numbers at this time should tell you that there is an active transformation ongoing, and if it continues like this and the numbers remain stable for a couple of days to come, you’d be sure that many folks would become infected,” he noted in an interview with JoyNews on Tuesday.

He added, “Certainly, it’s not good news to see that almost every day you have over a thousand cases which are being added to the database.”

Dr Owusu observed that although the attitude of Ghanaians towards the adherence to the Covid-19 protocols has not been the best, the dust particles that characterise the harmattan season seems to be an enabler for the spread of the virus.

He admonished Ghanaians to do their part in dealing with the spread of the virus.

“The virus could stick on these dust particles and could be transmitted to people, and they could inhale it and become infected. The condition and environment is also a risk factor that seems to encourage active transmission within this time.”

“I am not surprised that the numbers are high, but we could have done something about it if people were to at least respond and to behave well, but with the behaviour and the way people are going now, it is what we expect to see,” he said.

DISCLAIMER: The Views, Comments, Opinions, Contributions and Statements made by Readers and Contributors on this platform do not necessarily represent the views or policy of Multimedia Group Limited.
Tags:
Covid-19 pandemic
Dr Michael Owusu
Omicron in Ghana