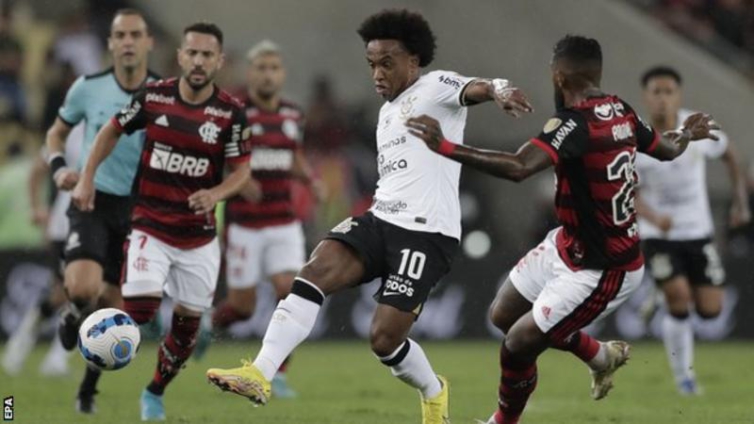 Former Chelsea and Arsenal winger Willian has left Corinthians after claiming he and his family received death threats on social media.

The 34-year-old has scored once in 45 games since rejoining Corinthians from Arsenal last summer.

The Brazil international has already been linked with a return to the Premier League with Fulham.

“We are sad not to have him any more and also because it didn’t go the way we expected. But we have to keep those here that are happy.”

Corinthians have lost five of their past nine games, and Willian played in the second leg on Wednesday as the Brazilian side were knocked out of the Copa Libertadores quarter-finals by domestic rivals Flamengo.

“Whenever Corinthians lost and I didn’t play well, my family received threats and insults on social media – my wife, my children, and recently they also started attacking my father, my sister,” Willian told the Globo Esporte website.