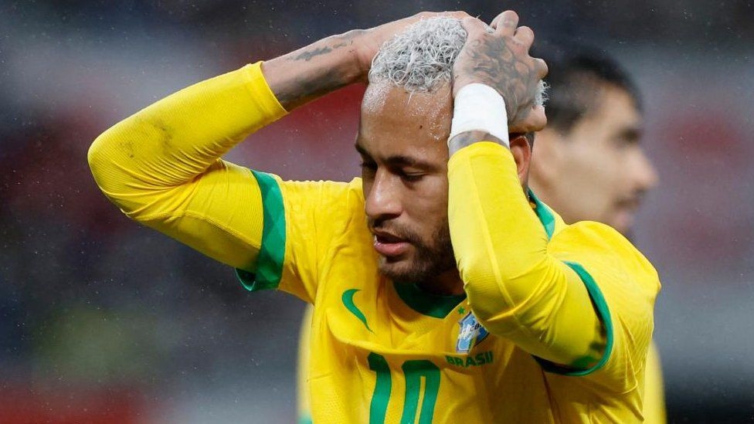 Nine years after footballer Neymar moved from Brazil to Barcelona, he faces trial for alleged irregularities surrounding the transfer.

In a legal saga that has dragged on for years, the Brazilian international who now plays for Paris Saint-Germain is accused of fraud and corruption.

The trial is due to take place for two weeks from 17 October, a month before the World Cup in Qatar.

Several other figures are also due to stand trial.

All those involved in the case have long denied the allegations, made by investment fund DIS, which argued it was entitled to 40% of Neymar’s 2013 transfer fee when he left Brazilian club Santos.

DIS said it had received far less than it should have, as part of the transfer fee had been concealed. When Neymar signed for Barcelona, the club said it was for a €57.1m (£48m) fee and DIS received €6.8m of the €17.1m paid to Santos. The investment fund alleged the real fee was far higher.

A year ago, Barcelona reached an out-of-court settlement with the footballer surrounding his record €222m move to Paris St-Germain in 2017. The club said at the time he should pay back millions of euros he had received when he signed a new contract in 2016.

But the Santos transfer in particular has prompted several legal and financial wrangles.

In a 2016 Barcelona court case, dubbed Neymar 1, the club agreed to pay a €5.5m fine to Spanish authorities because of irregularities in the move.

Sandro Rosell, who resigned as president of the club in 2014 over the transfer investigation, spent 20 months in jail before he was cleared of money laundering fees for broadcast rights in 2019.

DISCLAIMER: The Views, Comments, Opinions, Contributions and Statements made by Readers and Contributors on this platform do not necessarily represent the views or policy of Multimedia Group Limited.
Tags:
Barcelona
Neymar
Santos