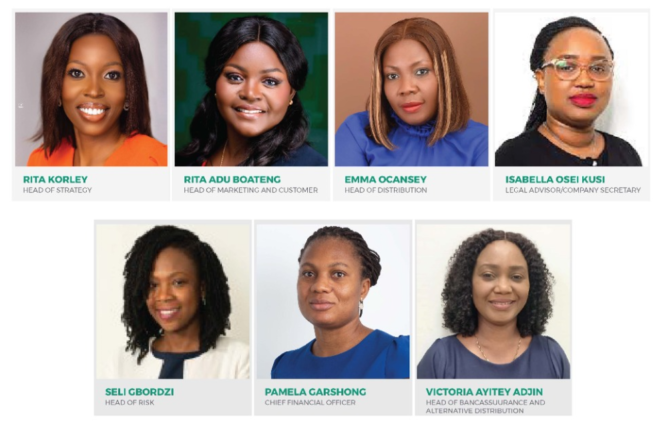 Bias – /ˈbʌɪəs/ – A strong feeling in favour of or against one group of people, or one side in an argument, often not based on fair judgement. Different groups throughout history and across geographical divides have and continue to be subjected to unfair treatment as a result of prejudice. No group has borne the brunt of this phenomenon than women.

Women in the workplace are often subjected to various manifestations of microaggressions including offensive statements or insensitive questions related to capability, marriage, childbirth, and age.

Women are constantly subjected to:

Negative Bias: This occurs when women are not given certain opportunities mainly for the fact that they are just women and do not qualify to attain that role.

Benevolent Bias: This happens when a woman is treated specially or shielded because she is seen to be weak.

Agentic Bias: Women who act very tough or ambitious are usually rejected as they are assumed to be taking on some characteristics of men.

Motherhood bias: Some institutions usually discriminate against the inclusion of mothers; they are usually excluded from certain activities such as late-night meetings and travels. Others also prefer hiring single women to mothers for the same reasons.

The Old Mutual Way- a diverse and inclusive culture

As an institution with a rich history spanning more than 176 years and in 13 African Countries, Old Mutual has witnessed the rapid progress made in workplace gender equality. Across the Group’s Africa footprint, Old Mutual has demonstrated its commitment to creating inclusive environment and championing women in a multitude of ways – both within and beyond the organisation.

Old Mutual company culture has seen the number of women on our Ghana management team currently stand at seven, against four men, making a total of 63 percent of women in leadership over men, which is unusually higher than Corporate Ghana’s average.

Additionally, there is equal access to many coaching and mentorship opportunities for both men and women within the company. Old Mutual Ghana also conducts continuous education of employees on unconscious gender bias, ensures transparency and equality in salaries, provides development opportunities to enable women to transition to higher-skilled roles as well as resources to improve well-being and mental health.

The organisation also provides a conducive support system for mothers, knowing that it is a critical part of society’s continuity. As such, the company provides a four-month maternity leave versus the usual three-month to cushion new mothers.

Old Mutual Ghana also has a significant element of diversity at the Board level, with a female Board Chairperson, Mrs. Helen Amerley Opoku-Agyemang. The brand believes that successful individuals should be the best qualified for that role, however, we also seek to have an appropriate balance of skills, experience and diversity represented on the company board.

From the Women’s Summit in 2011 to the Old Mutual Women’s Network started in 2016 and several other initiatives spanning all corners of the continent, the company has consistently worked towards fostering gender equality and women empowerment.

This has been established by creating a well-structured system that allows for the recruitment of most qualified women and by giving them the platform to grow and climb up the ladder, devoid of the aforementioned prejudices.

At Old Mutual Ghana, our long-term strategy is to empower women through the Old Mutual Women’s Network initiative (OWN). This is an initiative held across all countries on the continent where Old Mutual operates.

OWN is an all-female platform for Old Mutual team members to get together and support each other, to grow and empower themselves and in that way make a real difference in the communities they operate in.

It is centered on 6 pillars: community, outreach, networking, and social activities, coaching and mentoring, diversity and inclusivity, care and share, as well as empowerment in business acumen.

All these initiatives have helped in the company as there has been gender equality, free of bias, stereotypes, and discrimination. This ensures a diverse, equitable, and inclusive environment for all to succeed. An environment where difference is valued and celebrated.

The belief is that ultimately, an empowered Old Mutual woman will have an impact and add value within the Old Mutual Group first and then in the marketplace and community at large.For us at Old Mutual, on the occasion of International Women’s Day (IWD) 2022, we say to women and men alike –

“Do great things every day.”

“Break the bias and say no to gender inequality.”

It is undeniable that the push for gender parity and balance has yielded good results, however, we are not where we should be, but we will get there. Everyone has a role to play in forging a gender-balanced world but for women living within a deeply cultural society, the onus is on everyone to push harder through actions to challenge stereotypes, broaden perceptions, break the bias, improve situations and celebrate achievements that showcase the benefits of the gender-balanced world we are trying to create.

Old Mutual Ghana seeks to celebrate and uphold women who are breaking the bias in every field. We uphold these exceptional ladies and encourage them to keep up the great work.

Old Mutual Ghana is part of Old Mutual Limited (OML). It is a leading financial institution with an innovative record in offering the best in insurance and pensions services. Founded in South Africa, Old Mutual has been consistent in championing mutually positive futures by offering excellent financial services to a wide range of customers across the African continent.

It operates with a skilled knowledge of the Ghanaian market backed by an expertise of an international brand. In Ghana, the company is currently made up of Old Mutual Life Assurance Company Limited and Old Mutual Pensions Trust. The Group also operates in Kenya, Uganda, Nigeria, Namibia and Tanzania.