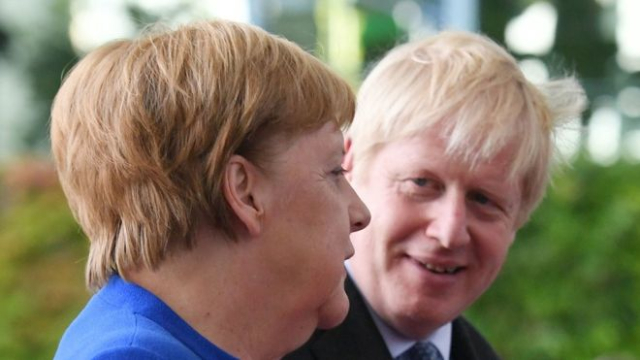 A No 10 source has said a Brexit deal is “essentially impossible” after a call between the PM and Angela Merkel.

Boris Johnson and the German chancellor spoke earlier about the proposals he had put forward to the EU – but the source said she made clear a deal based on them was “overwhelmingly unlikely”.

Mrs Merkel’s office said it would not comment on “private” conversations.

But the BBC’s Adam Fleming said there was “scepticism” within the EU that Mrs Merkel would have used such language.

And the EU’s top official warned the UK against a “stupid blame game”.

President of the European Council Donald Tusk sent a public tweet to Mr Johnson, telling him “the future of Europe and the UK” was at stake.

With efforts to get a deal by the end of the month on an apparent knife edge, Mr Johnson and his Irish counterpart Leo Varadkar have said they hope to meet later in the week.

But Mr Varadkar told an interviewer on Tuesday evening he thought it would be “very difficult” to secure an agreement by next week.

He said the UK had “repudiated” the deal negotiated previously with Theresa May’s government and had “sort of put half of that now back on the table, and are saying that’s a concession. And of course it isn’t, really”.

And following talks in Downing Street, the president of the European Parliament said there had been “no progress” and MEPs would not agree to a compromise deal “at any price”.

David Sassoli said the UK’s new proposed customs arrangements for Northern Ireland were a “long way from something to which the Parliament could agree”. 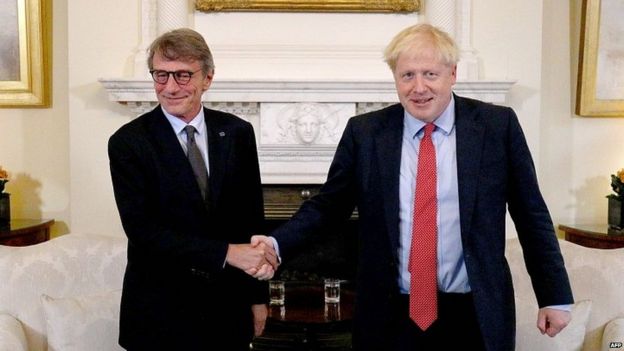 Amid frantic diplomatic manoeuvring in European capitals, details of a call earlier on Tuesday between the UK and German leaders have reignited tensions across the continent.

The No 10 source suggested Mrs Merkel told her counterpart the only way to break the deadlock was for Northern Ireland to stay in the customs union and for it to permanently accept EU single market rules on trade in goods.

This, the source said, marked a shift in Germany’s approach and made a negotiated deal “essentially impossible”.

The prime minister’s official spokesman said the conversation had been “frank” but denied the negotiations were all but over.

Norbert Rottgen, an ally of the chancellor who is chair of the Bundestag’s Foreign Affairs Committee, said there was “no new German position”.

He tweeted that a deal based on the UK’s latest proposals had “been unrealistic from the beginning and yet the EU has been willing to engage”.

While Berlin had not given up hope, she said the chances of a no-deal exit were rising again as the nature of the UK’s proposals made any compromise very difficult.

Under Mr Johnson’s proposals, which he calls a “broad landing zone” for a new deal with the EU:

The UK’s chief negotiator, David Frost, is continuing to meet EU counterparts in Brussels, but the No 10 source said Tuesday morning’s phone call had been a “clarifying moment”, adding: “Talks in Brussels are close to breaking down.”

They said the UK was not willing to move away from the principle of providing a consent mechanism for Northern Ireland, or the plan for leaving the customs union, and if the EU did not accept those principles, “that will be that” and the plan moving forward would be an “obstructive” strategy towards Brussels.

They also accused the EU of being “willing to torpedo the Good Friday agreement” – the peace process agreed in Northern Ireland in the 1990s – by refusing to accept Mr Johnson’s proposals.

DISCLAIMER: The Views, Comments, Opinions, Contributions and Statements made by Readers and Contributors on this platform do not necessarily represent the views or policy of Multimedia Group Limited.
Tags:
Brexit
European Union
UK