Bright Philip Donkor: Behind the perfection… 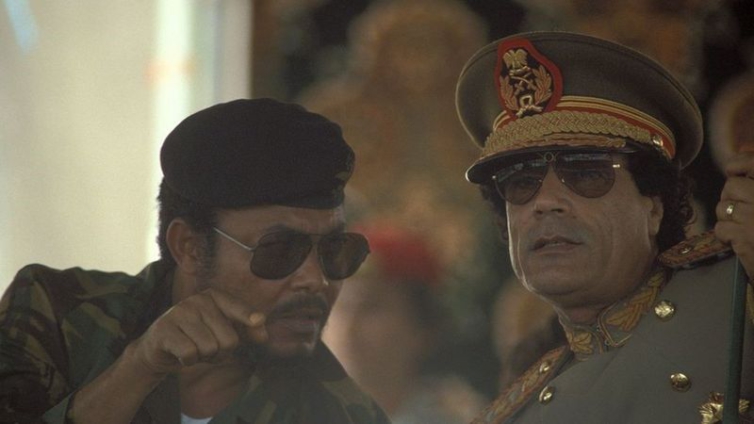 The announcement of the demise of Former President Jerry John Rawlings on November 12, 2020, greeted Ghanaians and the world at large with a shock. Grief; it is likely one of the emotions that the Rawlings’ family is experiencing.

His death hit the political fraternity so hard even when he had stayed out of active politics. Being the first president of the 4th Republic, several condolences have poured out from all walks of life.

At first, like most, I was numb with disbelief. But then, a day like that was inevitable. He’s finally left a battlefield he conquered some years ago. And now, we can ponder over his footprints and find the right words to eulogize him. Having started the revolution at the age of 32 is a testament of role model to the young revolutionaries. Rest well, Junior Jesus.

I do not intend to write a piece on the life and impact of Rawlings. It is quite an impossible task to capture all his good and bad sides of his leadership reign. What I seek to do in this brief is to still remember if zilch for a gem quote delivered by Rawlings – ‘‘Food is a political weapon…Africa’s foremost defence is self-sufficiency in food. Until we attain a substantial measure of freedom from food dependency, we are vulnerable to manipulation by the wealthier nations.” “The test of religious belief is not in pious platitudes and cautious charity, but in positive and creative action.” as well as disabuse the minds of some people who feel his evil deeds have caught up with him.

They claim not to care about his death. They hit a man that’s already dead. By the way, of what use is enmity, even beyond the grave? I believe that, our societal norms expect us not to speak evil of the dead. It’s a class act. It’s a code of honor. There’s a good reason for that. They’re already dead. What worse can be done to them?

Don’t get me misinterpreted by saying that we should lie about the dead. No! But classifying a man as good or bad is purely subjective. There’s nothing black or white about it. Actually, there’s a distinction between doctoring specific incidents about his life. I don’t think people tell one side of a story of a dead person. Historians would come to analyze everything.

Throughout history, power has brought about some of the best and some of the most evil leaders known. While some leaders wanted to improve the quality of life of their followers, other leaders only sought their own interests. Their selfish quest led to gross abuse of power resulting in the murder and destruction of countless lives.

The prominent examples of callous leaders include Idi Amin. As a dictator, he came to be known as the ‘Butcher of Uganda’. He killed people by feeding them to crocodiles, claimed he was a cannibal, mutilated one of his wives and rearranged her limbs. He killed and tortured around half a million people between 1971 to 1979. Eventually, he died of natural cause.

The story of Saddam Hussein forms another world tragedy. He was the dictator of Iraq from 1979 to 2003. During his reign, he authorised countless attacks on people. His policies made way for the death of not less than 2 million people. He ordered chemical attacks, eye gouging, beatings and severe shocks on people. He also recorded several tortures and deaths to watch them later.

Joseph Stalin also exhibited heartless leadership qualities. During Stalin’s reign of the U.S.S.R., he took control of large plots of land. Millions of farmers refused to give up their land, so he had them killed. This also led to famine across Russia, resulting in more millions of deaths. Under his totalitarian rule, he expanded the secret police, encouraged citizens to spy on each other, and had millions killed or sent to the Gulag. Twenty million people died under his brutal and tyrannical rule.

Leaders like Osama Bin Laden, Adolf Hitler, Muammar Gaddafi, Vlad the Impaler also known as Vlad Dracula were all perpetuators of tyranny. In their reigns, the world saw tragedy in many forms. Wars, genocides, riots, killings, famines and whatnot. The real evil however lies within the architects of these inhumane practices. Men who advocated crime to a level no one else could fathom. Their decisions wreaked havoc on humanity and everything that came with it.

In point of fact, perfection is a goal that will forever remain impossible for any human being to achieve. Whoever finds pleasure and enjoyment in pointing out flaws in others are the ones who are unwilling to acknowledge their shortcomings. It remains an indisputable fact that, biblically, some great men who were the apple of God’s eye even sinned. The likes of the Prophet Moses, King David, King Saul, Mary Magdalene spring to mind.

The Prophet Moses represents a prototype of the biblical hero whose greatness lies not in self-assertion but in obedience to God. He was an effective mediator between God and the Israelites. He prayed with a sense of urgency, unafraid to ask God to refrain from divine retribution and willingness to accept the blame for the people’s actions.

The Bible says in Exodus 2:11-13… ‘‘Moses grew to be man. His people, the Israelites were slaves in Egypt. He saw his people working too hard. He was sad for them. One day, Moses saw an Egyptian beating an Israelite. He was angry. He killed the Egyptian. The King of Egypt heard that Moses had killed the Egyptian. He said he would have Moses killed. Moses was afraid. He left Egypt and went to another land. He stayed there for many years’’.

In all these, God was still close to him; solidifying the fact that God’s love endures forever. He even told Moses to lead the Israelites out of Egypt to the promise land. However, Moses thought he could not lead the Israelites but eventually, he led them.

King Saul – Israel’s first king was a controversial ruler. As a result, he was ultimately rejected (1Sam15:10-11). It’s explained in the Bible that, the Lord gave King Saul specific instructions on how to handle a battle with the enemy, the Amalekites. King Saul disobeyed the Lord in front of all of the people and then he refused to admit his own sin. According to 1Sam15:7, then Saul attacked and destroyed the Amalekites all the way from Havilah to Shur near the eastern border of Egypt. When Samuel confronted him, Saul made excuses and even blamed others. At this time, the Lord rejected Saul as King.

It seems that Saul’s heart was not towards serving God but looking good to people. His dark, fitful personality suffers by contrast with the two legendary figures between whom he seems wedged – Samuel the prophet-priest and David, Saul’s hero-successor. As a matter of fact, Samuel came no more to see Saul until the day of his death. But according to 1Sam15:35, Samuel mourned for Saul and the Lord repented that he had made Saul king over Israel.

The story of King David is another example. He was a leader who presided over a golden age for the people of God. He was truly what we have to call a ‘‘Renaissance Man’’. He was even “a man after God’s own heart” (1Sam.13:14) because of his extraordinary devotion to the Lord.

Irrespective of his fidelity, he’s also remembered as one of the history’s greatest sinners. He had adultery with Bathsheba and murdered her husband Uriah. It all began in an innocent way (2Sam.11:1-5). However, God mercifully forgave David when he acknowledged his sins. This amply demonstrates the genuineness of God’s love and mercy.

Do you still harbor lingering bitterness toward your supposed “enemy” in death? Truth is, we are all not going to be translated like Enoch nor live up to the age of Methuselah. As the saying goes, ‘there’s no virgin in the maternity ward’.

Man and the 6 feet aren’t parallel lines. I don’t see a need to insult a dead person, wish the worst of the already dead man or rejoice over the death of someone and worsen the wounds of those already grieving him. Look, there’s time for everything. There’s time to mourn and a time to reflect on a person’s life. No matter how perfect someone is, there’s always an angel of imperfection. Such is life.

The bizarre thought of death must send us wondering and pondering over the fact that we will no longer be existence on this earth. It should often remind us of our own mortality; the idea that life comes with an expiry date. Death destabilizes thoughts. But a necessary end will come when it will come.

The demise of people, should force us to re-examine our lives and tighten the bolts where there’s a need. Let’s try as much as possible, in our own way to realign our lives in such a manner that leaves no deficiency when that fateful day sets in. Let’s strive to confine our negatives; lay them at bay however possible we can albeit augmenting our positives. Most importantly, let’s live a life that’s oriented towards God’s plan. God always remains the final arbiter.

The author is the African Journalists for Economic Opportunity Training (AJEOT-2020) Best Article Writer; a Young Activist, Social Commentator and a Columnist. He can be reached via email at bpdonkor@gmail.com