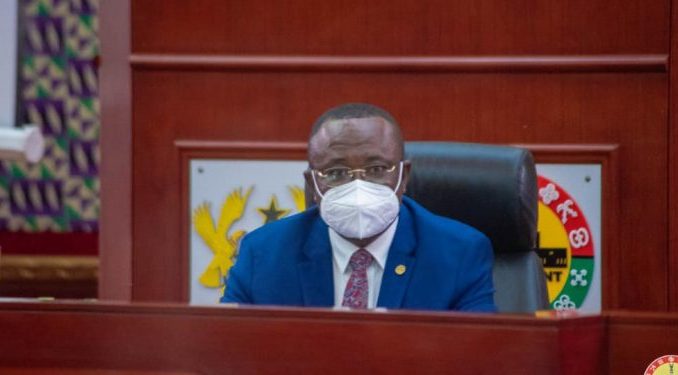 The Majority Chief Whip in Parliament has dismissed claims that the First Deputy Speaker acted beyond his mandate in his decision to refuse to admit a motion to reverse the approval of the 2022 budget.

Mr Frank Annoh-Dompreh, in a tweet on Tuesday, explained that Joseph Osei-Owusu, while acting as a Speaker in the absence of Alban Bagbin, any decision to refuse or admit a motion is his prerogative.

He said there is nothing wrong with Mr Osei-Owusu’s decision to refuse to admit the Minority’s motion.

“The First Deputy Speaker acts on authority of the Speaker, and his decision to admit or refuse is essentially on the authority of the Rt. Hon. Speaker. Recognising the delegation of this authority accordingly means the two can therefore not be one and the same.

“Rather, to be clear, the Deputy Speaker has not exercised any power reserved solely for the Rt. Hon. Speaker in his capacity as a 1st Deputy Speaker, and therefore has not erred in his conduct as the Minority are trying hard to establish,” he stated.

Correspondence between the 1st Dep. Speaker & the Minority Leader is in essence to bring clarity to the substance of the matter. That in my view has very little to do with the error in the date of one letter. Especially since correction has been made.

specifically remind the Minority of his authority as the 1st Deputy Speaker to deal with the application just as was done, and hence, no such review is a viable course of action against the ruling of the Speaker.

The basic understanding of the matter is found in the realization

Rather, To be clear, the Deputy Speaker has not exercised any power reserved solely for the Rt. Hon. Speaker in his capacity as a 1st Deputy Speaker, and therefore has not erred in his conduct as the Minority are trying hard to establish.

The First Deputy Speaker has, for the second time, refused the Minority’s motion to rescind the approval of the budget.

The Bekwai MP, on December 1, overruled a motion filed by Minority Leader Haruna Iddrisu to reverse the approval of the budget announced on November 30, in the absence of the Minority side.

In his recent ruling, a letter signed by Cyril K.O. Nsiah, Clerk to Parliament, said: “The Hon. First Deputy Speaker, pursuant to Order 13(2) of the Standing Orders of Parliament, has directed that I inform you that your motion is not admitted.”

Therefore as the MP for Bekwai, he, Mr Osei-Owusu, cannot assume the role of the Speaker to refuse its motion.

“In any case, it is most curious that the Standing Order you seek refuge in merely gives you the authority to act in the absence of the Right Honorable Speaker. It is not lost on us that this is the very privilege you recently denounced in your bizarre ruling of 1st December, 2021 when you stated categorically that you are not a Speaker, you are MP for Bekwai,” Minority Leader, Haruna Iddrisu stated.

Despite the Minority’s defence, Mr Annoh-Dompreh insists the First Deputy Speaker has not erred, and the request for the Deputy Speaker to provide reasons for the refusal of the application is “unfounded.”

“More so since no instance of procedure binds him to give reasons for refusing an application for a review of his ruling,” he added.

This is simply another desperate attempt of the Minority to extend debate on this matter till the Rt. Hon. Speaker returns, even though the application expired after the decision of the 1st Deputy Speaker.

If the Minority wish to further their allegations of a bias ruling, they

We ought to respect it as such.

Let us not forget that their application was particularly to review ruling, and the Speaker recognizes that Order 79 et al have no bearing on the Speaker’s
powers to admit or deny such motion.

According to the Majority Chief Whip, this is a ploy orchestrated by the Minority side to extend the debate on the fiscal policy statement for next year, until the return of Speaker Alban Bagbin.

Mr Annoh-Dompreh is certain that the Minority has no reference to the House’s Standing Orders in its claim of unconstitutionality on the part of the First Deputy Speaker.

“If the Minority wish to further their allegations of a biased ruling, they will soon come to realize that they have no evidence that can be recognized according to our Orders to establish their claims.”