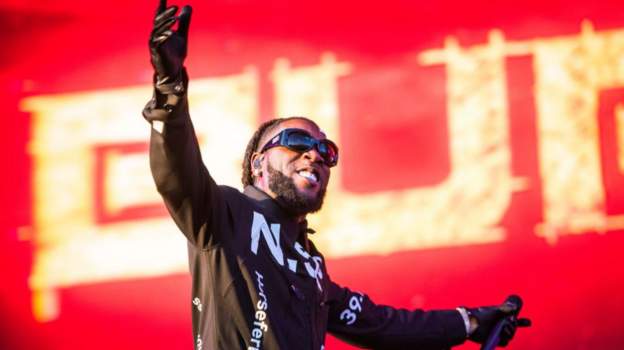 Fans of Burna Boy are excited – and the music star’s name has been trending in Nigeria following the release of his sixth studio album called Love, Damini.

They have been sharing their favourite songs from the 19-track album, which is a follow-up to his Grammy award-winning album Twice as Tall.

Love, Damini, which has already made the top five album list on US iTunes, has been described as one of his most personal releases, reflecting on his life, relationships and dreams.

“I want you to listen to this and feel like it’s a rollercoaster ride. Catch a vibe, buss a whine, party like it’s your birthday, or even grab a tissue,” he told Apple Music.

Pundits are saying it is one of the highest-charting albums by a Nigerian artist in US iTunes’ history.

One of the album’s lead singles – Last, Last, which samples a Toni Braxton song – has more than 21 million views on YouTube since its release ahead of the album in May.

The song has also peaked at number three on the Afrobeats chart in the US and at number one in the UK version.