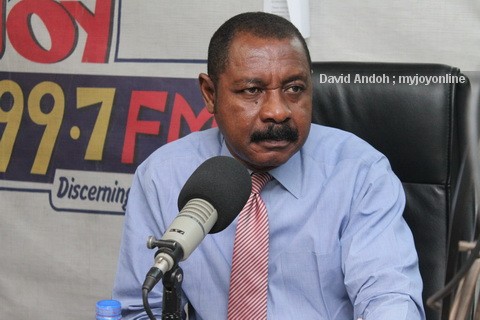 Soaring bills, rising inflation, weak demand and a currency battered by depreciation are strangling the business sector, pushing companies to the wall, the business leaders said.

Worse is that the government hasn't shown "a credible way forward" out of the crisis.

"We don't see the road ahead, we don't know the policies that will be put together to lift us from where we are", said Nana Osei-Bonsu, chief executive of the Private Enterprise Federation (PEF), in an interview on Tuesday at the Canadian Chamber of Commerce Ghana's maiden Power Breakfast Meeting for the year.

The private sector is not confident in the government's budget policies and cannot rely on the projections that have been made, because government has shown a propensity to miss its own targets, he added.

Humphrey Ayim-Darke, Accra regional chairman of the Association of Ghana Industries (AGI), echoed the sentiment: “We don't see an end to the crisis. We are not inspired and there's no hope being communicated to us in terms of what will be done in the short-term and the medium- and long-term. The mood among businesses is absolute frustration”.

He added: “People are stressed. By the time the government and its partners come out of Akosombo, the communique should inspire the business community and bring confidence back. That will be the beginning.”

It is believed the current economic hardships, with inflation at a four-year summit of 14.5 percent and a currency that has lost more than a fifth of its value to the dollar, motivated the forum that is being held in Akosombo for four days.

Policies to curb the cedi's fall are “stoking the fire” rather than correcting the situation, Mr. Ayim-Darke said.

The cedi's fall and the myriad restrictions on foreign currency transactions are driving businesses to take extreme adaptive measures, such as using offshore accounts for international transactions or buying the relatively more stable CFA to preserve the value of their funds.

“By virtue of the current events, most transactions are being held back. So it is going to be very difficult for government to attain its revenue targets, and the effect will be obvious,” he warned.

Nana Osei-Bonsu said the government has not done enough to rein-in the hefty budget deficit, and that it needs more curbs on expenditure because more taxes will not necessarily generate more revenues when companies are struggling to stay afloat.

“What we're looking for is a balanced situation whereby we reduce expenditure, cut pork-barrel projects, and ensure prudent allocation of resources. We're throwing away a lot of resources in various projects and schemes.”

On the central bank's measures to shore-up the cedi, Nana said the Bank of Ghana pressed a panic button and is addressing the depreciation wrongly.

The repercussions of the new currency regulations on banking system confidence are beginning to be felt as people rethink how they repatriate their foreign earnings into the country, he said.

Mr. Ayim-Darke of the AGI said government has got to revamp support for industrialisation and target distressed industries that can be rescued, instead of spending its limited budget on creating new industries as it plans to do.

“We've got to revisit the issue of industrialisation. We have said to the Trade Minister that we need to have an industrial census to identify where businesses are and to know their core lines of business. Once we have identified the businesses, then we can support them with subsidised funds like EDAIF.

“Creating new industries in every district is not the panacea. We should look for 'the distressed industries and give them a package. Then that becomes the short-term approach, before you look at starting new ones in the medium- and long-term.”