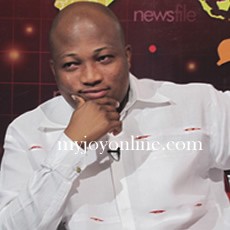 A Deputy Information Minister Samuel Okudzeto Ablakwa has stated that the cabinet decision directing that all judgement debts and claims above GH¢50 million should be submitted to it for approval before settlement and payment, is no attempt to sideline the judiciary.

Mr Ablakwa, who was speaking on Joy FM’s Super Morning Show Thursday, said though the judiciary is responsible for determining what constitutes a judgment debt, it was necessary to draw clear guidelines as to how these payments are executed.

“…This is an effort to come out with very clear guidelines as to who has the final authority when making these payments,” he said.

The minister however emphasised that “…judgment debts are costs that are determined by the courts and so this is not an attempt to, as you may, sideline the judiciary or disregard or disrespect the independence of the judiciary”.

He further explained that cabinet has taken this decision because “these judgment debts constitute a very high expenditure item” and therefore wants to put in place proper planning and negotiation efforts before final payments are effected.

Mr Ablakwa also highlighted another aspect of the cabinet decision which he said had to do with possible surcharging of anyone who causes the state to lose money.