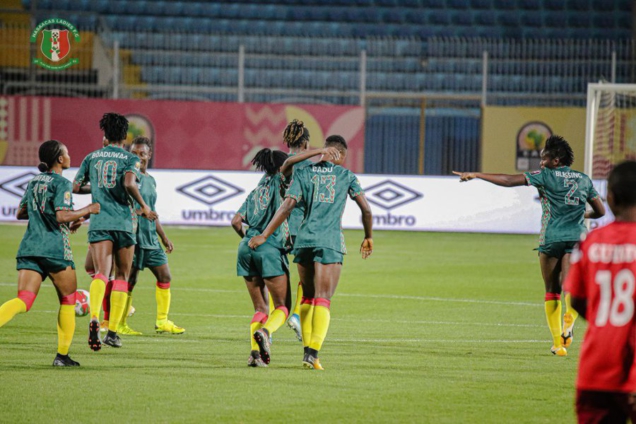 The Confederation of African Football (CAF) has responded to claims by Ghana Women’s Premier League side, Hasaacas Ladies, regarding the federation’s failure to award participating teams as well as winners from the maiden edition of the CAF Women’s Champions League.

Having won the Wafu B Women’s Champions League, the Hasmal Ladies played in the continental club competition where they went ahead to finish second. However, despite being promised prize money, the club is yet to receive the said award from CAF.

Hasaacas Ladies through the CEO, Evelyn Nsiah Asare told JoySports the failure of CAF to send down prize money, had the club buckling under heavy weights of debts accrued from financing their WCL campaign, as well as the subsequent local season.

“Ever since we participated in the CAF Women’s Champions League, we have never been the same. [We have moved] from one debt to the other, because we used so much money for the tournament and have still not received anything from the organisers.”

Responding to the claims by the Ghanaian club, Luxolo September, who is the CAF Spokesperson speaking to Joy Sports said the federation announced no prize money prior to the start of the tournament.

“It is deeply disappointing to see this debate about such a beautiful success story that is CAF Women’s Champions League – the first on African soil. This competition is about growing African football,” he said.

“On prize money, CAF spent hundreds of thousands of Dollars on the first edition. There was no prize money announced. When the discussion came after the tournament, the President said it wasn’t fair to announce Prize money after the Competition. This was the correct approach of course.

“We cannot spend energy on this. We should spend energy on growing our product. We need to get over this negative energy. The first edition of the competition was wholey funded by CAF. It was a commitment made by President Motsepe.”

The second edition of the flagship tournament is set to be held later this month in Morocco.

DISCLAIMER: The Views, Comments, Opinions, Contributions and Statements made by Readers and Contributors on this platform do not necessarily represent the views or policy of Multimedia Group Limited.
Tags:
CAF
CAF Women's Champions League
Hasaacas Ladies
Luxolo September