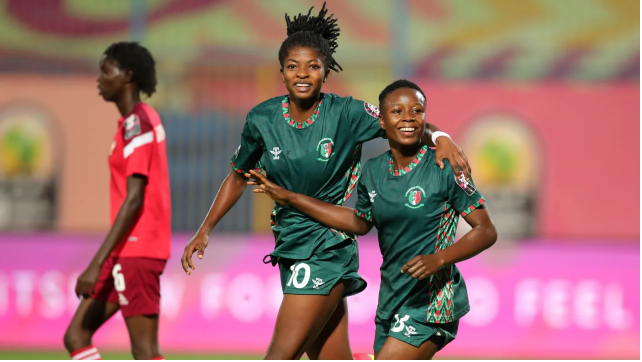 Ghanaian side, Hasaacas Ladies are adamant CAF pay prize money owed them from the maiden edition of the Women’s Champions League.

The Hasmal Ladies finished as runners-up in the tournament, beaten 2-1 by Mamelodi Sundowns in the final. 11 months down the line and yet to receive any financial rewards for the campaign, CAF indicated participating teams played for free, as there was no budget for the tournament.

However, the club has refused to accept CAF’s explanation, asking them to revisit and make necessary payments.

“We as a club are very disappointed in CAF because they requested our bank details after the tournament, which was provided. So if they didn’t have a budget, what did they need our bank details for? Can this happen in men’s football?

“We are disappointed and sad. In fact, they have to come again. We haven’t accepted it, we believe they will have a change of mind,” CEO of the club, Evelyn Nsiah said to JoySports.

In July 2022, Nsiah also revealed to JoySports they had been left without any correspondence by CAF 8 months down the line.

“It will interest you to know that ever since we came from the Champions League, we have not been paid by CAF. We want to plead through your medium that at least we did it last year and they are about to organize this year’s one.”

In September, Evelyn once again told JoySports the failure of CAF to send down prize money, had the club buckling under heavy weights of debts accrued from financing their WCL campaign, as well as the subsequent local season.

“Ever since we participated in the CAF Women’s Champions League, we have never been the same. [We have moved] from one debt to the other, because we used so much money for the tournament and have still not received anything from the organisers.”

Hasaacas Ladies debuted in the flagship tournament after winning the 2020/21 Women’s Ghana Premier League season and the WAFU Zone B qualifier – steps CAF have taken to follow through with their commitment to develop women’s football on the continent.

But following the failure of Africa’s football governing body to pay prize money, Evelyn has expressed disappointment in their resolve to spear promised development.

“Can this happen in men’s football? It is so sad we have to spend so much just to take part in a tournament for them to tell us they did not have a budget for. Who even asked them to organise it in the first place?

“CAF is telling us they want to develop women’s football, but is this how to do it?” Nsiah quizzed.

DISCLAIMER: The Views, Comments, Opinions, Contributions and Statements made by Readers and Contributors on this platform do not necessarily represent the views or policy of Multimedia Group Limited.
Tags:
CAF Women's Champions League
Evelyn Nsiah Asare
Hasaacas Ladies