Campaign for one million signatures against TV license fee launched 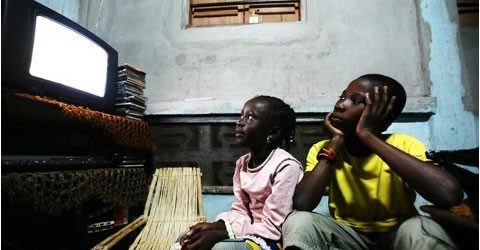 A public campaign to get one million signatures against the controversial re-introduction of TV license fees is underway, a policy expert Dr Charles Wereko Brobby has announced.

“There is a lot of Ghanaian anger and sentiment against this TV license fee”, he told Joy FM’s Super Morning Show Thursday.

An application for a court injunction against the collection of TV license by the Ghana Broadcasting Corporation (GBC) was denied last week.

The court said the applicant, Dr Charles Wereko-Brobby, could not stop a state institution from collecting fees passed by a law nearly 50 years ago under a military regime.

But Dr. Wereko-Brobby is encouraged by the option of coordinated citizen action against the collection of the 36 cedis per set every year.

“If we really don’t like the law, there is a better way we can petition the president and parliament under a constitutional dispensation to change the law”, he said.

GBC is pushing for the collection of the license fee to help improve content and also survive even as government moves to cut off the state broadcaster from the list of subvented agencies.

But arguing against this, the policy analyst pegs the expected revenue accruing to GBC at 250million Ghana cedis a year if it goes ahead to collect the fee.

The policy expert's estimate is based on the understanding that there are 3.84 million homes in Ghana excluding the TV sets in hotels, conference centers and other recreational venues and businesses.

He described the 250million cedis as GBC’s “fighting fund” to muscle out private broadcasters from a plural media space.

The economic survival of private broadcasting networks is even more threatened by a provision in the GBC law that allows the state broadcaster to raise additional funds through adverts, Dr. Wereko-Brobby noted. If the TV License fee is allowed to stay under the current dispensation where GBC is allowed to play TV commercials, the state broadcaster can undermine the private TV stations by slashing their rates for advertising thereby outcompeting the private ones, he explained.

“Believe it or not it is about saving Nhyira’s job,” he told the radio presenter.

Inherent in all of this is an attack on the private broadcasting revolution we have achieved over 20 years ago, the man who is famed for breaking the state's media monopoly in 1994 by running transmission of Radio Eye without a license argued.

The TV license fee was introduced in 1966 when Ghana had only one TV station. The landscape has changed dramatically today. There are over 30 TV channels and some 400 radio stations

Dr. Charles Wereko-Brobby laments that private media appears unalarmed about “the business implications” of the collection of TV license

The policy analyst believes that an enthusiastic involvement of Ghanaians can block the controversial revenue collection method.

“We want one million people to join us….this is a campaign to make sure that democracy and choice actually last”, he rallied.

He is asking Ghanaians to visit facebook/abolishtvlicense to sign on to the petition.

It can be downloaded, printed and signatures collected. He warned that “if we lose, the prospect could be that GBC will use its muscle to kill all public broadcasters and we will be back to square one”.