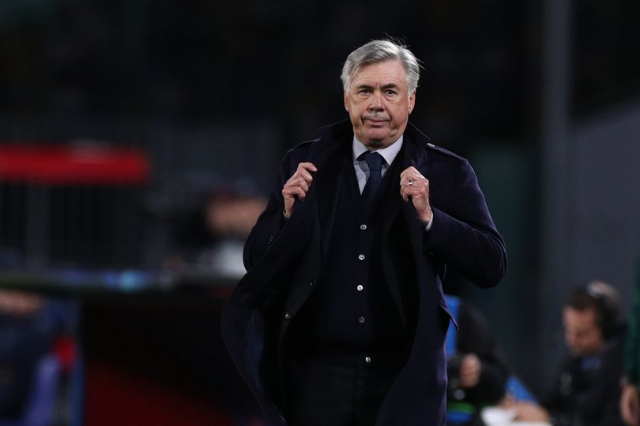 Everton have appointed Carlo Ancelotti as their manager on a four-and-a-half-year contract.

The Italian, who was sacked by Napoli earlier this month, succeeds Marco Silva, who was dismissed by the Goodison Park club on 6 December.

Ancelotti, a three-time Champions League-winning coach, returns to English football eight and a half years after he was sacked by Chelsea.

“There’s a clear vision from the owner to deliver success,” he said.

Excited to share the news that I am joining Everton FC. I am delighted to be back in the Premier League and to be part of this historic club. Thank you for your trust in me. #WelcomeMrAncelotti #EFC #COYB pic.twitter.com/13yhM5iHnK

Duncan Ferguson, Everton’s caretaker manager during their search for Silva’s successor, will remain at the club as part of Ancelotti’s backroom team.

Everton announced Ancelotti’s arrival on Saturday before the home Premier League game against Arsenal, who appointed former Gunners and Toffees midfielder Mikel Arteta as their head coach on Friday.

Ancelotti was at Goodison Park for the Arsenal match (12:30 GMT kick-off) and will officially take over on Sunday.

The 60-year-old’s first match in charge will be the home game against Burnley on 26 December.

“There is a clear vision from the owner and the board to deliver trophies. That is something that appeals to me as a manager.

“I am thrilled at the prospect of being able to work with everybody at the club to help make that vision a reality.”

Ancelotti has won 15 major trophies during his career and is one of only three managers to win three European Cups/Champions Leagues – along with Liverpool legend Bob Paisley and Real Madrid boss Zinedine Zidane.

Everton have beaten Chelsea 3-1 and drawn 1-1 at Manchester United in their two Premier League matches so far under Ferguson. They also came from 2-0 down to level with Leicester City in the Carabao Cup quarter-finals – before losing on penalties.

“I have seen from the performances in the past two weeks that the players are capable of so much,” added Ancelotti.

“The work Duncan has done is a great credit to him. Strong organisation, strong discipline and the right motivation are some of the key ingredients in football, and I’m pleased that he will be part of my backroom team.”

Ancelotti won two Champions Leagues with AC Milan and one with Real Madrid, as well as domestic titles with Milan in his homeland, Chelsea in England, Paris St-Germain in France and also in Germany with Bayern Munich.

He guided Chelsea to the Premier League and FA Cup double during his first season in charge in 2009-10 but was dismissed after failing to win a trophy in the following campaign.

Everton’s director of football Marcel Brands labelled Ancelotti as “one of the finest managers in world football” and a “proven winner”.

“Carlo is the perfect appointment for us,” he added.

“He knows how to build a trophy-winning side and we share the excitement of our fans at the prospect of him leading our team in the years ahead.”

Everton started the weekend 16th in the Premier League table – three points above the relegation zone.

DISCLAIMER: The Views, Comments, Opinions, Contributions and Statements made by Readers and Contributors on this platform do not necessarily represent the views or policy of Multimedia Group Limited.
Tags:
Carlo Ancelotti
Everton