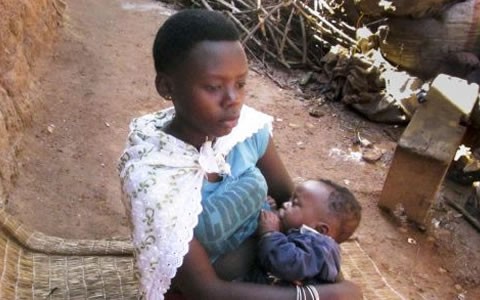 Statistics from the Tema Health Directorate disclose that the densely populated area has a high record of adolescent pregnancy despite efforts by adolescent health providers to drastically reduce it.

A total of 177 teenage pregnancies had been recorded from Tema Manhean at the Tema Manhean Clinic for antenatal for the first three quarters of 2019.

During a review meeting of adolescent health friendly providers in the Tema Metropolis, care givers at the Tema Manhean adolescent corner revealed that without a consented effort from all stakeholders it would be difficult to achieve the required results.

They observed that the causes for the high teenage pregnancy in the area could be grouped under four thematic areas: community, individual, religious and health provision.

Under the community factors, it was revealed that lack of parental care, early marriage, poverty and single parenting are prevalent in the area.

Adolescents who had passed teenager years without giving birth were branded barren while those who were poor, engaged in transactional sex to care for themselves.

It was also that there are a lot of brothels in Tema Newtown where adolescents engage in child prostitution and solicit for clients and curb crawlers.

They appealed to the Ghana Police Service and the Tema Traditional Council (TTC) to clear the area of such activities.

The review also revealed that there is lack of sex education from parents making most of the adolescents seek knowledge elsewhere and fall for peer pressure as their friends lure them into sexual activities with the excuse that they would not function well when they abstain.

According to them, activities such as school parties provided a fertile ground for sexual engagements as they mentioned for instance that “a recent one dubbed, ‘drop that uniform bash’ had twerking, free shisha, and light off sessions.”

Under the religious factors, the health providers observe that churches in the area which numbered about 7,000 saw it as a taboo to educate the youth on sex as they believed that teaching them about it would pushed them into practicing it.

DISCLAIMER: The Views, Comments, Opinions, Contributions and Statements made by Readers and Contributors on this platform do not necessarily represent the views or policy of Multimedia Group Limited.
Tags:
High pregnancy rate
Tema Manhean