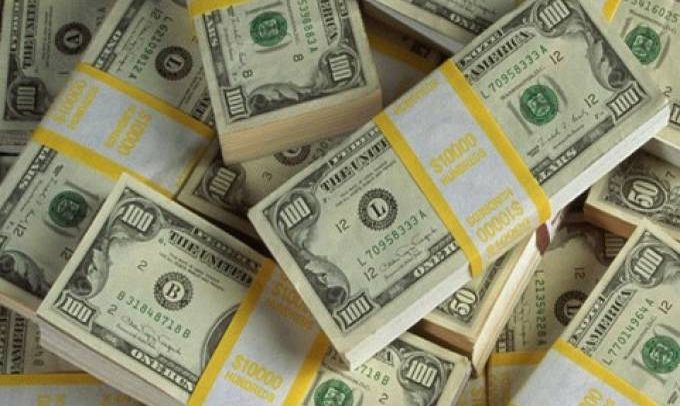 Some forex bureaus and banks are now selling the local currency at ¢8 to one US dollar on the retail market.

This takes the depreciation of the cedi to the American ‘greenback’ to a little above 16% since the beginning of 2022.

However, the local currency has lost 1.45% in value to the world’s most important currency in only three days of trading this week. It was selling at about ¢7.85 to a dollar on the retail market on Friday March 11th, 2021.

The fast depreciation cedi is expected to compel the Monetary Policy Committee of the Bank of Ghana to find an immediate solution to halt the free fall of the local currency.

It is likely the Central Bank will increase the policy rate by not less than 1 percentage point to encourage investors to buy cedi-denominated assets or introduce measures to slowdown the rate of the cedi’s depreciation.

Already, some research institutions are forecasting a year-to-date depreciation of  the cedi of about 20%.

The forecast by RMB, the Corporate and Investment arm of FirstRand Bank for the next 12 months, is due to the free fall in the local currency in just two and half months of 2022.

This is on the premise of increased demand for the dollar-induced liquidity tightening due to recent downgrades of the country’s ability to borrow by Moody’s and Fitch, six-years high in inflation, and the dwindling confidence in the nation’s policy credibility, among others.

In a report signed by economist Daniel Kavishe, RMB forecasted the non-deliverable forward (NDF) – a cash-settled, and usually short-term, forward contract market – would price-in further weakness over the next year, resulting in the cedi trading at an all-time low against the greenback.

“NDF markets are a pricing-in further weakness of 20% over the next 12 months, with the expectation that the cedi will be trading at 8.7 against the dollar by the end of 1Q23,” RMB said.

“We maintain our view that unless confidence is reignited on the fiscal side, the currency market will remain frail and volatile. The central bank is expected to continue intervening; but given broader macroeconomic concerns, this may not be enough to stave off further weakness,” it added.

Domestic economy must be restructured to contain shocks during pandemics

Meanwhile, Economist, Professor Peter Quartey, wants the domestic economy to be structured in such a way that it could withstand shocks during and after pandemics.

Many economists, market watchers and analysts believe the economy has been exposed to challenges because of the way the country has structured its economy.

Though the country has achieved trade surplus for the last four years, many of the items consumed are imported, increasing demand for dollars to import the goods.

“Again, government revenue is critical; if government is not able to rake in the needed revenue to finance its expenditure, it will resort to borrowing again with high interest rates. And once we have huge fiscal deficit, the economy will not be able to withstand some of these shocks”, Professor Quartey stated.

He however said there is a way out of addressing the challenges, saying “your domestic policy should be structured in a way to cushion you in times of pandemics, in times of any economic shocks. That is how I think we should figure it out.”

DISCLAIMER: The Views, Comments, Opinions, Contributions and Statements made by Readers and Contributors on this platform do not necessarily represent the views or policy of Multimedia Group Limited.
Tags:
BoG
Cedi
Dollar
forex bureaus