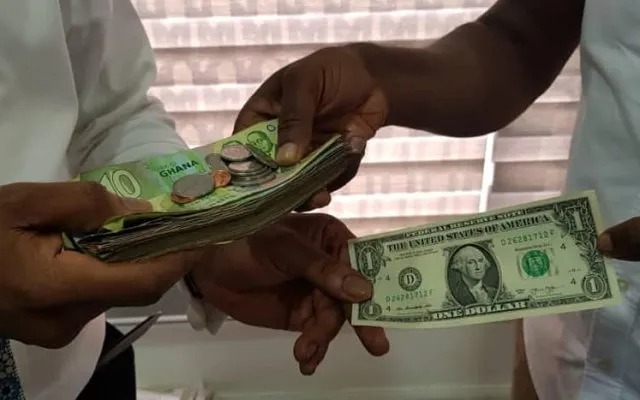 The cedi recorded an 18.21% rate of depreciation to the US dollar in the first quarter of 2022, according to Bloomberg.

This still ranked the local currency as the worst among African currencies with the “Worst Spot Returns”. However, for the timely intervention by the Bank of Ghana, the situation could have been worse.

Despite the country benefiting immensely from the high price of crude oil on the international market and to some extent the favorable price of gold, the cedi has not fared well so far this year.

It came under severe pressure, particularly in the months of February 2022 and early March 2022. This was largely as a result of immense demand for the US dollar, as investors seek for dollar denominated assets, due to unfavorable ratings of Ghana’s economic outlook by rating agencies, Fitch and Moody’s.

Government had also faced stiff opposition in getting some revenue bills, particularly the Electronic Transaction Levy, from getting passed. Similarly, investors wanted some reassurance by government that it was committed to narrowing the fiscal deficit, whilst reducing arrears and the rising debt.

However, the E-Levy has since been passed, whilst the government had introduced fiscal measures to revive the fiscal economy.  Coupled with the timely measures by the Bank of Ghana, this has since slowdown the rate of depreciation of the cedi against the US dollar.

Meanwhile, the Angolan Kwanza is the best performing currency in Africa this year with an appreciation of 24% to the dollar in the first quarter of 2022.

It is followed by the South African rand with an appreciation of 9.38% to the dollar.

CURRENCIES WITH “WORST SPOT RETURNS” AT THE END OF QUARTER 1, 2022

CURRENCIES WITH “BEST SPOT RETURNS” AT THE END OF QUARTER 1, 2022

DISCLAIMER: The Views, Comments, Opinions, Contributions and Statements made by Readers and Contributors on this platform do not necessarily represent the views or policy of Multimedia Group Limited.
Tags:
Bloomberg
Cedi
Dollar