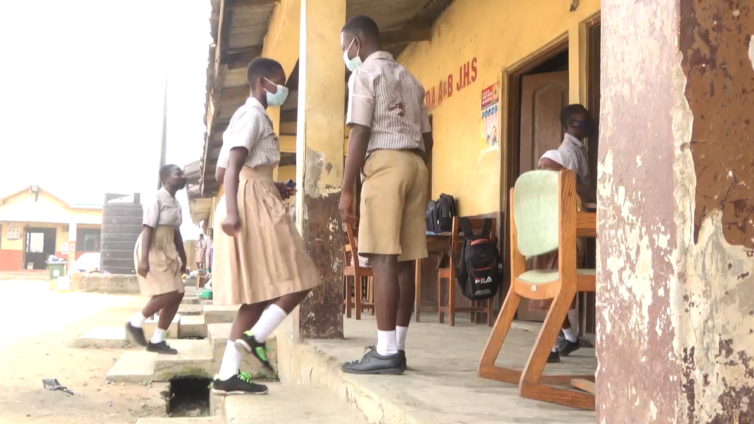 Education and child rights NGO, Challenging Heights, is calling on government to, as a matter of necessity, pay the GHC315million Capitation Grant Arrears owed basic schools across the country.

In a just concluded research, the organization reports that it has discovered a worsened and deteriorating fee-paying situation in most public basic schools in Ghana.

The Challenging Heights’ research team interviewed heads of basic schools in five out of the sixteen regions and 25 districts within the selected regions. The results showed that children in public basic schools are being forced to pay levies to cover desks, teachers’ motivation, admission fees, printing fees, PTA dues, development levy, ICT fees among others.

The Capitation Grant was introduced in the 2003/2004 academic year to offer Free, Compulsory, universal basic education (FCUBE) to all school-going children of Ghana, in fulfilment of Article 25 (1)(a) of the 1992 Constitution.

The said article states that “basic education shall be free, compulsory, and available to all”.

The capitation grant scheme was therefore introduced to replace all fees paid by parents in public basic schools in order to expand access, and to support school performance improvement efforts, by the schools.

In this regard, government paid all the fees which were supposed to have been paid by the children in public basic schools.

CEO of Challenging Heights, James Kofi Annan said while commending the government for increasing the capitation grant from GHC4.5 to GHC10 per child per term, they believe that the delay in the release of the funds, defeats the intended objective of the grant.

The organization said the government is currently reported to be owing basic schools in excess of GHC315million, representing four terms in arrears, and this is affecting quality basic education in the country.

Mr. Kofi Annan indicated that in 2015, the Institute of Statistical, Social and Economic Research (ISSER) conducted research that showed that public basic schools were charging fees far in excess of what was being charged before the introduction of the capitation grant. According to the ISSER report, some of the fees charged were examination fees, extra class fees, PTA dues, collection (offertory), maintenance fees, sports levies, cultural levies, excursions, funerals, and capital development.

He further revealed that in the organization’s just concluded research, they have discovered a worsened and deteriorating fee-paying situation in most public basic schools in Ghana.

He said some public basic school children could be paying as much as GHC2,000 per academic year, which is far in excess of some of the fees charged at some private basic schools in Ghana.

Specifically, Mr. Annan revealed that at the pre-school level, some parents are paying a minimum of GHC459.50 and a maximum amount of GHC1,039.49 per academic year.

Mr. James Kofi Annan is thus calling on the government to pay the capitation fees for the heads of the basic schools to run the schools effectively.

He stated that, “It is understandable that when the heads of the basic schools are in financial distress, the only immediate remedy is to fall on the parents of the children to bail them out of the situation.” Hence, the charging of these hidden and unapproved fees and levies.

“These completely defeats the original intentions for the introduction of the capitation grant, and we therefore call on government to immediately clear all arrears owed basic schools, to enable the schools operate efficiently,” he averred.

Challenging Height is also asking the government to suspend the introduction of the B-STEM education programme. He said even though they support B-STEM education in principle, the Free, Compulsory, Universal Basic Education (FCUBE) is already suffering financially, and the attention should be directed to dealing with that.

“There is therefore no guarantee that the far more financially demanding B-STEM education can be sustained under our present circumstances,” he added.

DISCLAIMER: The Views, Comments, Opinions, Contributions and Statements made by Readers and Contributors on this platform do not necessarily represent the views or policy of Multimedia Group Limited.
Tags:
Capitation grant
Challenging Heights
James Kofi Annan