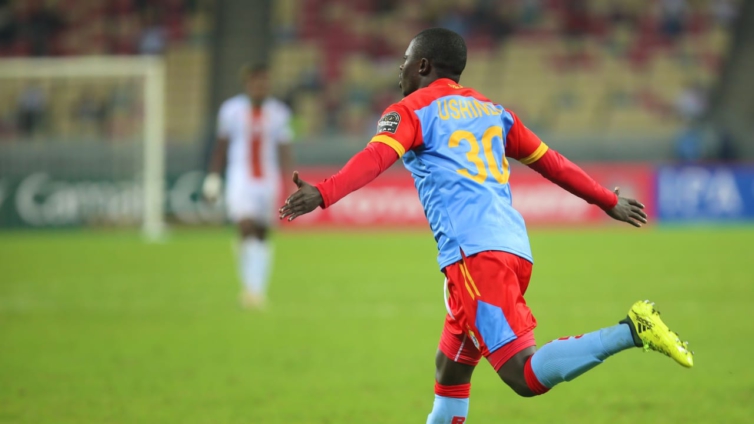 Two-time champions DR Congo made a winning start to their 2020 Africa Nations Championship (CHAN) campaign when defeating neighbours Congo 1-0 in a tightly-contested match in Cameroon on Sunday.

TP Mazembe midfielder Chico Kubanza scored the only goal of the Group B game and made history by becoming the first scorer of a goal in a competitive match at the iconic Japoma Stadium in Douala.

Coach Florent Ibenge’s squad looked solid from the start with the Leopards controlling the midfield but struggled to create decent changes for top striker Fiston Mayele.

The Red Devils, keen to also demonstrate that they were no pushovers, also coordinated their passes effectively but struggled to open up a compact DR Congo defence marshalled by strong centre-backs Miche Miche and Nathan Fasika.

Attacker Mayele’s strike from outside the box was the only real opportunity in a hard-fought and frantic first 25 minutes in which the Leopards dominated but failed to test Pavelh Ndzila.

The pace of the match picked up just before the break when playmaker Bercy Langa outwitted two defenders on 40 minutes but striker Bersyl Ngatsongo was slow to arrive, allowing goalkeeper Ley Matampi to grab the ball.

DR Congo winger Makabi Lilepo tested goalkeeper Ndzila with a well-hit free-kick in the 42nd minute which was brilliantly parried for a corner.

The glovesman needed to be in top form, a few moments later, when Lilepo curled from a distance left with Nzila diving to his right to produce a world class save.

The two-time champions had the best chance of the game in the 68th minute when a long ball from midfield fell to Lilepo who found himself alone in the box with goalkeeper but his mishit effort fell into the waiting hands of Ndzila.

The Red Devils pilled in pressure late in the game in search of the equalizer. With ten minutes remaining winger Gautrand Ngouenimba dribbled two opponents before crossing for Hardy Binguila whose diving header beat Matampi but narrowly missed the target.

Moments later under-pressure DR Congo defenders failed to clear an aerial ball but Ngatsongo’s well-struck effort inside the box was saved by Matampi to preserve their lead.

The victory takes the Leopards to the top of Group B with three points after Niger and Libya played out to a goalless draw in the earlier game of the group.

DR Congo will continue their campaign in the tournament when they face Libya on Thursday while Congo play Niger in the group’s other game on the day.

DISCLAIMER: The Views, Comments, Opinions, Contributions and Statements made by Readers and Contributors on this platform do not necessarily represent the views or policy of Multimedia Group Limited.
Tags:
CHAN 2020
Congo
DR Congo