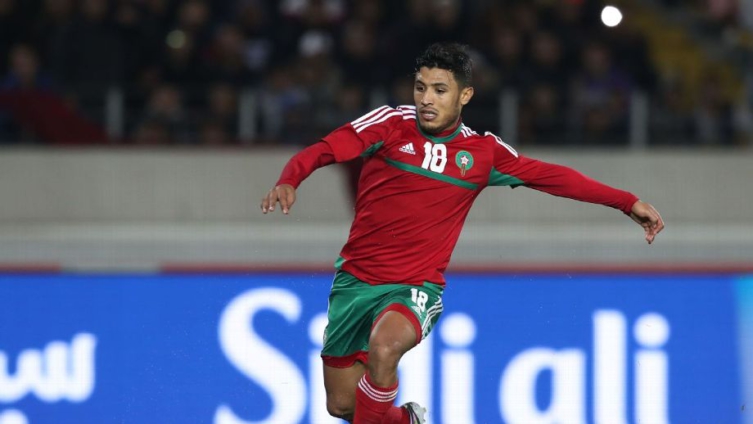 The African Nations Championship (CHAN) kicks off in Cameroon this weekend, nine months later than planned, with the continent’s best home-based players contesting the biennial tournament.

As has often been the case in recent years, the Confederation of African Football (CAF) — currently without a permanent president after the suspension of disgraced Ahmad Ahmad — will be relieved for attention to return to the action on the pitch after a year of immense coronavirus-enforced disruption.

CHAN will doubtless provides a stage for the African football politicking and campaigning that normally accompanies election build-up ahead of March’s vote to appoint Ahmad’s successor.

On Friday, former CAF president Issa Hayatou was granted the status of honorary CAF president in a ceremony in his homeland, with Gianni Infantino and Samuel Eto’o.

The ceremony provided a glittering launch for the tournament, and a clear signal of a new direction away from the Ahmad presidency — the Malagasy administrator had, after all, overseen the cancelling of Hayatou’s pension — but CAF will be desperate for the sixth edition of CHAN to go off without a hitch.

Before focusing on the football, we have to acknowledge the troubled backdrop to the 2021 tournament — originally scheduled to have taken place in Ethiopia last year; the tournament was moved to Cameroon after the original hosts admitted they weren’t ready, and it was then delayed due to COVID-19.

In a statement released by Cameroon’s Minister of Sports and Physical Education, Narcisse Mouelle Kombi, as seen by ESPN, the hosts outlined their health plans for the tournament.

“In a bid to respect the COVID-19 protocol established by CAF and FIFA, CAF and Cameroon have agreed on the rate of capacity of stadiums during the competition as follows: 25% for all group matches including the opening match, and 50% for all semifinals and finals.”

Kombi also revealed that social distancing and mask-wearing would be enforced in stadiums, with those who did not comply threatened with ejection.

Teams will be tested 48 hours before every match, and all delegations and officials have been subjected to airport testing upon their arrival in Cameroon.

The second concern for organisers is the state of security in the country, a factor that was one of the reasons why the 2019 Africa Cup of Nations was taken away from Cameroon and later awarded to Egypt.

The choice of the Stade Omnisport de Limbe in the South-West region — where there have been threats of separatist violence — appears contentious, and acts of arson reported at the stadium perimeter on the eve of the competition have raised concerns.

A militia called Fako Action Forces claimed responsibility for an attack on vehicles on Jan. 14, and issued a statement published in the Journal du Cameroun stating that “Limbe will be a dangerous ground.”

Organisers will hope the arson attacks represent the end of their attempted disruption.

Two nations, in particular, stand out from the chasing pack heading into this year’s competition.

Reigning champions Morocco and the Democratic Republic of Congo, the most successful side in the history of the tournament, both have the quality to go the distance again this time around.

Both can pick from strong domestic leagues — Moroccos’s featuring continental heavyweights Wydad Casablanca and Raja Casablanca, and DRS’s featuring AS Vita Club and Tout Puissant Mazembe — and both have the organisation and depth to reach the final in Yaounde.

There will also be great expectations on hosts Cameroon — who contest the tournament opener against Zimbabwe on Saturday — although the paucity of a domestic league may be exposed in the tournament, which is considered to be a ‘dry run’ for the Africa Cup of Nations to be held in the country next year.

Speaking to the Cameroon squad ahead of the competition, Eto’o issued a rallying cry and left the home-based Lions under no doubt about the expectations on their shoulders.

“I wasn’t lucky enough to play in a competition in front of my parents in Cameroon, so I’m envious of you,” the Barcelona legend said during a training session, in a video shared by Fecafoot. “You have the good luck to play in front of your parents, your brothers, your women.

“Boys, enjoy yourselves, bring us pleasure. The first victory is to believe in yourselves. I was always the best because I believed I was the best.”

Cameroon will have their work cut out to defeat a physical and dynamic Mali team rife with potential game-changers, although they do have a major advantage in their opener against Zimbabwe — whose domestic league has been inactive for over a year.

“The players haven’t played football for eight, nine months, and for sure every aspect of their game needs to be improved,” Warriors coach Zdravko Logarusic said.

Uganda and Zambia — managed by senior coaches Johnny McKinstry and Micho Sredojevic respectively — also have the quality to make deep runs into the tournament, while Libya — unlikely champions in 2014 — are awkward customers who cannot be underestimated.

Zambia, in particular, will be hoping for a positive tournament after a few years in the doldrums, and they will fancy their chances against a Tanzania side in self-confessed “transition” in their opening fixture.

Morocco’s Abdelilah Hafidi was the most eye-catching star on show at the CHAN on home soil two years ago, when he delivered a series of influential displays before injury curtailed his tournament.

His elegant presence and bubbling creativity will represent a stern test for the defences of Rwanda, Uganda and debutants Togo in Group C, although he has endured some injury concerns heading into the competition.

Ayoub El Kaabi was top scorer at the CHAN two years ago, earning himself a spot in Morocco’s squad to the 2018 World Cup in the process, but he failed to leverage that success into a move away from his homeland — at least not permanently.

Now 27, he’s back at Wydad after a spell in China, and has a major point to prove — again — this time around.

Another Moroccan, Soufiane Rahimi, who’s also had to deal with fitness issues ahead of the tournament, is another player to watch after a notable rise to prominence with Raja.

Arguably outgrowing the African game at 24, he’ll be desperate to use the CHAN as a platform for a move.

Coming up against Morocco in the first round, new boys Togo can be buoyed by their strong performances at the 2019 WAFU Cup of Nations, and their qualifying victory over Nigeria, although they’ll rely heavily on imperious midfielder Gnama Akate.

The captain was one of the underrated stars of their WAFU campaign, and his ability to control midfield will be critical to their hopes of escaping from the opening round.

“We’re representing an entire nation so there’s no margin for error,” he told Fifa.com ahead of the tournament.

Akate, 29, may still harbour faint hopes of reaching Europe — it’s a considerable surprise that he hasn’t crossed the Mediterranean yet in his career — but Cameroon’s Jacques Zoua has returned to Africa following 11 years in Europe.

An AFCON winner with Cameroon in 2017, Zoua has been without a contract since leaving Romanian side Viitorul Constanta last year after leaving the club in the midst of the COVID crisis.

He returned to his homeland, having not played in Cameroon since 2009, and ended up sticking around — despite overtures from Europe — to represent the Lions at the CHAN.

“The supervisor of the local national team called me and said: ‘Jacques, your country needs you for the CHAN, we need your qualities and your experience’,” Zoua said. “Without reflection, I agreed, because you don’t say no to your country.”

Zoua’s relationship up front with ex-FC Sion forward Yannick Ndjeng could make the difference between a strong showing for the hosts — who have been underwhelming in their warm-up games — and a repeat of 2018’s group-stage exit.

Uganda veteran and cult favourite Tony Mawejje is another experienced campaigner who’s returned to domestic football after 11 years abroad in Iceland, Norway and Albania among other nations.

He was part of the Cranes side that returned to the AFCON after a 39-year wait in 2017, and his calm, composure and flashes of ingenuity will underpin this new-look Uganda team.

Ricky Tulenge is one to watch from DRC, as he is a veteran of the 2016 CHAN triumph rebuilding his career in his homeland and with the Leopards after a move to Moroccan side Difaa El Jadida didn’t work out.

DISCLAIMER: The Views, Comments, Opinions, Contributions and Statements made by Readers and Contributors on this platform do not necessarily represent the views or policy of Multimedia Group Limited.
Tags:
Cameroon
CHAN 2021
Covid-19