CHAN 2020: Zimbabwe accuse Cameroon of witchcraft after dead bat found on the pitch 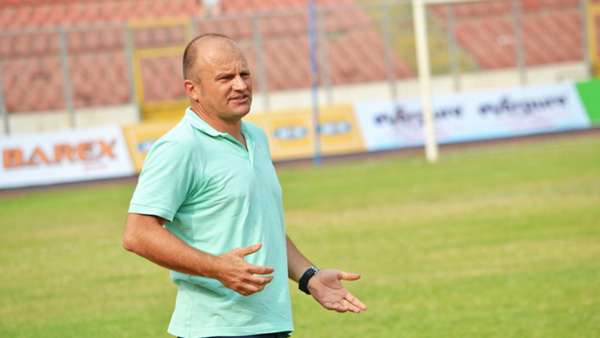 Zimbabwe coach Zdravko Logarusic has accused hosts Cameroon of ‘witchcraft’ ahead of their African Nations Championship opener in Yaounde on Saturday, which the Indomitable Lions won 1-0.

A photograph was shared with Goal ahead of the match which depicted the Croat coach displaying the carcass of a bat, accompanied by a sign which reads ‘witchcraft in Cameroon’ ahead of the two sides’ Chan bow.

The fixture, taking place at the Stade Ahmadou Ahidjo in Yaounde, was played in front of a quarter-full stadium after the Confederation of African Football allowed some fans to access the fixtures during the biennial competition.

Despite being hosts, Cameroon’s chances in the tournament have been questioned, with a series of underwhelming performances in the build-up, even with the presence of Africa Cup of Nations-winning striker Jacques Zoua.

Zimbabwe are among the rank outsiders for the tournament—exclusively for home-based players—due to the fact that their domestic league has been suspended for the best part of a year.

This would not be the first time that Cameroon have been accused of resorting to the dark arts in order to influence a competitive fixture.

In the Afcon 2002 semi-final between Mali and the Indomitable Lions, Cameroon coach Winfried Schafer and goalkeeping coach (and national team legend) Thomas Nkono were arrested by riot police after allegedly placing a charm on the pitch ahead of the fixture.

“We are no more willing to see witch doctors on the pitch than cannibals at the concession stands,” said a spokesperson for Caf in the aftermath of a previous incident involving the Nigerian Football Association at the 2000 edition of the Nations Cup.

Ahead of the tournament, Logarusic had been realistic—if somewhat downbeat about Zim’s Chan chances.

“Anyway, we will try our best to see how things go,” he told Caf. “We have tried our best as the technical team to give most players in the top-flight a chance to prove themselves.

“We will certainly try our best. We need to improve in every area of the game and hopefully, by the time we leave for Chan, we will be in better shape as a team,” the 54-year-old added.

“The players haven’t played football for eight, nine months and for sure every aspect of their game needs to be improved.”

In the other Group A game, Mali defeated Burkina Faso 1-0.

DISCLAIMER: The Views, Comments, Opinions, Contributions and Statements made by Readers and Contributors on this platform do not necessarily represent the views or policy of Multimedia Group Limited.
Tags:
African Nations Championship
Cameroon
Zdravko Logarusic
Zimbabwe