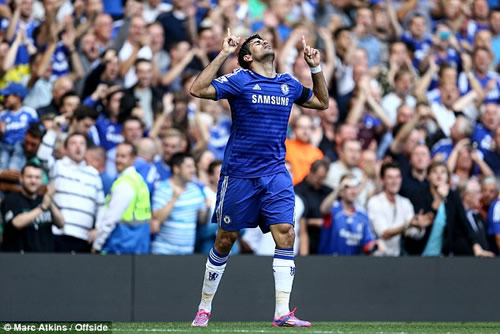 Chelsea have agreed terms with Atletico Madrid for the transfer of striker Diego Costa back to the Spanish club.

The move, which will be completed in January, is subject to the agreement of personal terms and a medical.

Atletico said the 28-year-old, who left the club to join Chelsea in 2014, would have a medical in the next few days.

Spain international Costa has not played for the Blues this season, and spent much of August in his native Brazil.

He cannot be registered as a player for the La Liga outfit until January, when the club's transfer window ban comes to an end. The two teams play each other next Wednesday in the Champions League.

Brazil-born Costa joined Chelsea from Atletico for a reported £32m three years ago.

He scored 58 goals in 120 appearances for the Blues, including 20 in the Premier League last season as Chelsea won the title.