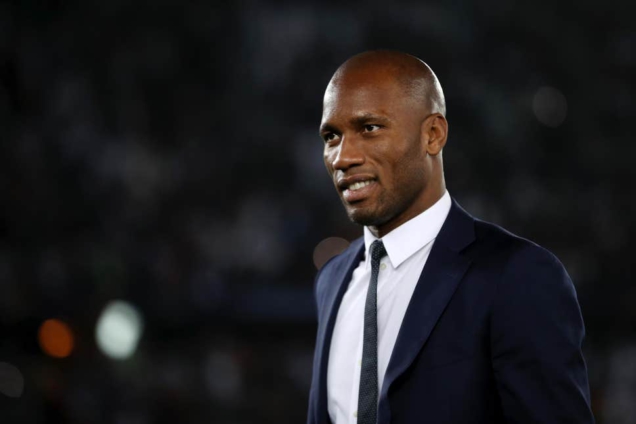 Former Chelsea centre-forward Didier Drogba has revealed his joy after he received the 2020 Uefa President’s award.

The 42-year-old was recognized for his services to humanity and presented with the accolade in Geneva during Thursday’s Champions League draw.

Drogba enjoyed success during his time at Stamford Bridge, winning a number of titles, including the Champions League.

The forward has also been transforming lives through his foundation which provides educational assistance to millions of school children.

“I want to thank Uefa President Ceferin for honouring me, the teams I’ve played for and against, my teammates and all the people who have sent me so many nice messages of congratulations.

“More than my achievements in football, I’m more proud of the man I’ve become through 20 years of football education.”

Drogba became the first African to receive the award and believes it will inspire other Africans to attain similar feat in future.

“I’m really proud and I think this should be an example of what African people or people coming from different regions and going to play in different countries could achieve with dedication and hard work,” he added.

“So today it’s me but I hope and I’m sure it’s going to be somebody else next. But the most important thing is football unites, football brings people together and that’s why for me to leave Africa and go to play in Europe and achieve something and be here today receiving this award is something that makes me really proud

“Football is a reflection of society so we footballers have a responsibility towards the community because it’s the community that comes to the games.

“It’s the community that entertains. They mean a lot and we’ve seen during these last few games they were not in the stadiums, we saw how much we missed them.

“That is why our goal is not only to play well, it’s also to represent the community and to give something back as much as we can.”