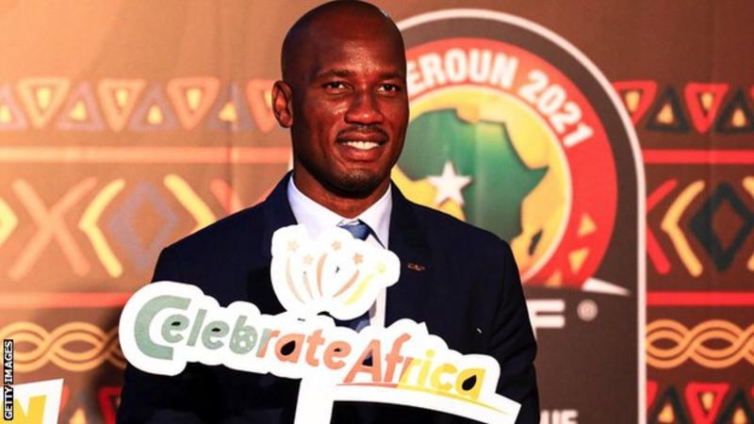 Didier Drogba won over 100 caps for Ivory Coast between 2002 and 2014 Credit: Getty Images

Former Ivory Coast captain Didier Drogba believes he can improve the state of the game in the West African nation if he becomes the new boss of the country’s football federation (FIF).

Elections to appoint a president are set to be staged on 23 April after two years of political turmoil and issues over the eligibility of some candidates, including ex-Chelsea striker Drogba.

“I participate because I believe I can win,” Drogba, 44, told BBC Sport Africa.

“I can bring the change that the federation and the clubs need. Football isn’t rising the way it should and the way we want it in Ivory Coast.”

Ivory Coast will host the 2023 Africa Cup of Nations, which is scheduled to be held in June and July next year.

“There is a lot of work to be done and to make sure that we can improve the conditions for the players and the administration,” Drogba added.

Drogba was told in August 2020 that he was not eligible to stand in the polls to become FIF president as he did not meet the long list of eligibility criteria according to the federation’s electoral commission.

World governing body Fifa then stepped in, appointing a normalisation committee that has been running the game in Ivory Coast since December 2020.

The normalisation committee’s mandate was due to expire at the end of last month, but the presidential elections were postponed again.

“I hope the elections will be done in the most democratic way possible,” said Drogba.

“I was able to stand but the electoral process was stopped because of bad governance. I have been a part of this election process.”

Drogba has, however, identified low player salaries as one of the main problems holding back the domestic club scene and the further development of football in Ivory Coast.

“There a lot of problems, but the main problem is that the players are not paid well,” said Drogba.

“The club owners don’t receive their financial allocation on time to make the clubs function. There is no real organisation and you can feel that at the highest level.

“Today, it is more difficult for Ivory Coast to qualify for the World Cup. We have missed the last two World Cups due to internal fights that have been going on since 2014.”