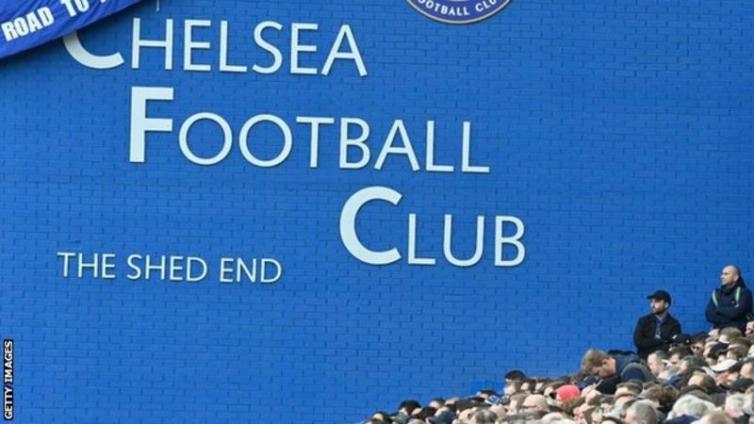 Chelsea have asked for Saturday’s FA Cup quarter-final at Middlesbrough to be played behind closed doors “for matters of sporting integrity”.

The government issued a special licence to allow Chelsea to continue playing after freezing the assets of Russian owner Roman Abramovich.

Under the terms of the licence, the club cannot sell tickets for matches.

The measure was introduced to stop Abramovich, who is looking to sell the club, from profiting.

The oligarch has been banned from being a club director and the sale of Chelsea has been delayed after the UK government sanctioned him over his connection to Russian President Vladimir Putin.

Chelsea were not allowed to put tickets for the game at the Riverside on sale as planned on 10 March, the day the licence came into effect.

Chelsea said they made the request to play the match behind closed doors to the Football Association “with extreme reluctance” after being unable to sell their full allocation of 4,620 tickets.

A statement read: “Chelsea FC recognises that such an outcome would have a huge impact on Middlesbrough and its supporters, as well as our own fans who have already bought the limited number of tickets that were sold before the licence was imposed, but we believe this is the fairest way of proceeding in the current circumstances.”

Chelsea issued a statement on Monday saying they were talking to the government on a daily basis “in search of a resolution” to the issue of selling tickets for home or away matches.

They said the Premier League and FA had spoken to the government about the potential sporting integrity issues raised if they do not allow Chelsea fans to attend.

The government last week granted an amendment to the licence, allowing Chelsea to spend £900,000 on costs for home games, up from the £500,000 set on Thursday.

The allowable away costs of travel, however, remain at £20,000 per game.

Sports minister Nigel Huddleston said the government is in “discussions” with Chelsea “to look at ways ways we could potentially enable further ticket sales”.

Speaking at a Digital, Culture, Media and Sport session about the role of Russian money in the ownership and sponsorship of clubs, Huddleston said licence amendments taken so far were “precisely to stop” Chelsea from going into administration.

English Football Association chief executive Mark Bullingham told the same DCMS session that “my personal point of view would be I would expect the [Middlesbrough] game to go ahead”.

Saturday’s match, which starts at 17:15 GMT, is will be broadcast live on BBC One, BBC iPlayer and the BBC Sport website.

‘Travel needs are about injuries not bling’

Chelsea boss Thomas Tuchel, whose side face Lille in the Champions League last 16 second leg on Wednesday, said they have made adjustments to travel with the budget of £20,000.

The average Premier League spend per away match comes in at roughly £30,000 and European away fixtures add an extra premium.

Tuchel said the travel needs were about avoiding possible soft-tissue injuries during a busy schedule rather than “luxury and bling bling”.

“For that, it is better to arrive with a plane rather than a bus.

“From my understanding, we have a framework to go and play in Lille with absolutely no excuses.

“Regarding these organisations, it is already more difficult to arrange things on a professional level, in the best way possible, for the FA Cup.

“But we will deal with it. As long as we have shirts and are ‘alive’ as a team, we will be competitive and fight hard for our success. We owe it to the people who support us.

“Of course, we are in the spotlight and it is our responsibility to do so. We will do it.”