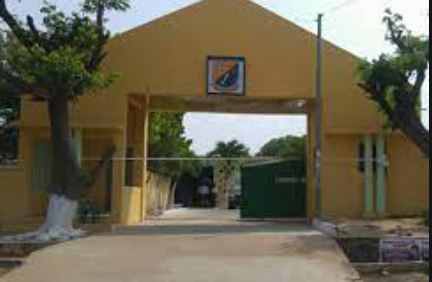 The Headmaster and Assistant Headmaster of the Chemu Senior High School in Tema have been asked to jointly refund an amount of GH¢11,974.00 to the school.

The 2020 Auditor-General Report on the Public Accounts of Ghana – Pre-University Educational Institutions for the year ended December 31, 2020, a copy made available to the Ghana News Agency has revealed.

According to the Auditor-General, the financial irregularities identified in the 2020 report included misappropriation of funds, unaccounted for payments, uncompetitive procurement, payment of unearned salaries to separated staff, unaccounted for stores, and statutory tax infractions.

These irregularities, the AG said, resulted, generally from the lack of commitment on the part of the Heads of the Institution to ensure compliance with established internal controls and regulations governing the management of financial resources.

This, the report stated, was in contravention of Regulations 46 of the Public Financial Management Regulation, 2019 which directs that “a Principal Spending Officer shall ensure that non-tax revenue is effectively collected and lodged in the designated account”.

The report said: “Madam Salakpi indicated that she handed over the amount of GH¢11,974.00 to Headmaster and his Assistant upon their instructions.”

“We could not, therefore, confirm the judicious use of the money since no records were kept on it,” the report further noted.

“As a result, the school was denied revenue of GH¢11,974.00 to carry out its programmes,” it said and recommended that the Headmaster and Assistant jointly refund the said amount to the school.

Contrary to Regulation 92 of the Public Financial Management Regulation, 2019, (LI 2378) which requires among others that, a head of department shall cause the immediate stoppage of payment of salary to a public servant when the public servant has been absent from work without leave or has died.

It said the anomaly occurred because officers in charge of the validation of salaries failed to alert the Controller and Accountant General Department to stop the salaries of the separated staff, adding that payment of salaries to undeserving individuals was a drain on the state’s limited resources.

It, therefore, recommended that the Head and Accountant of the school recover the said amount from the staff or their next of kin or the validators whose negligence caused the lapse.

DISCLAIMER: The Views, Comments, Opinions, Contributions and Statements made by Readers and Contributors on this platform do not necessarily represent the views or policy of Multimedia Group Limited.
Tags:
2020 Auditor-General Report
Audit report
Chemu SHS