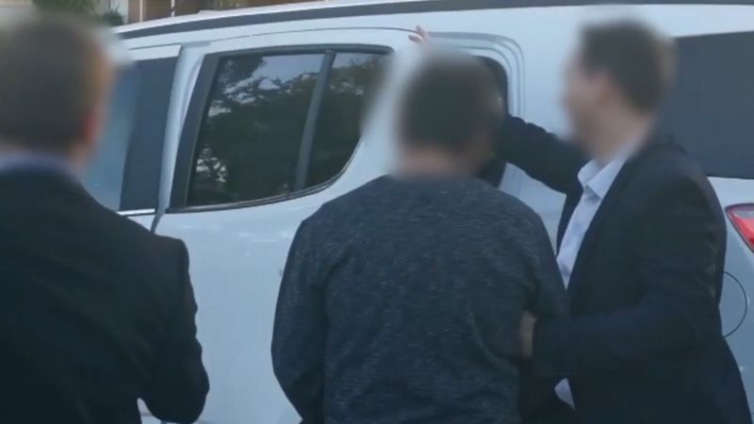 Australian police say they have rescued 46 children and arrested 14 men after an investigation into an international child abuse network.

The victims were allegedly subjected to crimes including sexual abuse and other forms of exploitation.

The investigation also led to three arrests in the US and had identified suspects in Europe, Asia, Canada and New Zealand, authorities said.

The case is believed to be one of the biggest of its kind in Australia.

All victims were aged between 16 months and 15 years old, the Australian Federal Police (AFP) said. Sixteen of the victims had attended one childcare centre.

Authorities said the network had produced and shared images and video online.

One of the most serious cases involved a suspect who had worked in a childcare centre in New South Wales and had access to 30 children, police said.

The 27-year-old man faced more than 300 charges, including sexual abuse. His partner, 22, was also facing charges.

Police said families of the children at the centre had been notified.

The year-long investigation began after a tip-off from US investigators about an Australian internet user, the AFP said.

That led to an arrest in February of a 30-year-old man in the town of Wyong, North of Sydney. He was charged with 89 offences, including the abuse of two children.

Police said that case led them to social media forums where pictures and videos were produced and shared.

“Each warrant led to the discovery of more alleged offenders and more children to be saved,” said the AFP in a statement on Wednesday.

The suspects – aged between 20 and 48 – included a volunteer soccer coach, an electrician, a chef, a supermarket employee and disability care worker.

Eight men were arrested in New South Wales, while three arrests were each made in Queensland and Western Australia. Police did not give details of investigations overseas.

“These men allegedly produced child abuse material for the depraved pleasure of their peers with absolutely no thought to the lasting effects their actions would have on these children,” said AFP Commander Christopher Woods.

“No child should be subjected to abuse and violence from people who hold high positions of trust in their lives, whether it be a family member, childcare worker or soccer coach.”

Last month, the AFP announced the arrests of 44 men across Australia in a separate child exploitation investigation.