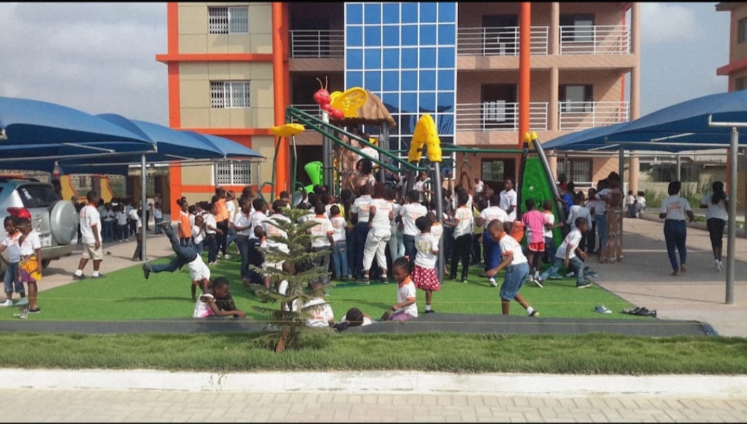 The Administrator of Crystal Heights International School, Mensah Emmanuel Yao has described as “unfounded” allegations that a teacher of the school had beaten a 4-year-old to unconsciousness with a mop stick.

It would be recalled that a teacher of the School in Nsawam, in 2020, was accused of beating a 4-year-old kindergarten pupil with a mop stick until the little boy collapsed.

According to the report at the time, the said teacher got enraged after the little boy vomited while feeding and she hit the KG1 pupil with a mop stick until the little boy fell unconscious.

Although the matter was put to rest, snippets of information being received indicate that the parents of the said child are uncomfortable with the decisions arrived at during their settlement because the school management refused to pay the damages, they (parents) requested for.

Speaking on the issue, Mr. Mensah Emmanuel Yao, the School Administrator, averred that his attention was drawn to the condition of the child on the day of the incident by a teacher who informed him that a child had collapsed.

According to the Administrator, he rushed to the rescue, helped transport the child to the Amansaman hospital with the Director’s car, and whilst going to the hospital called the parents of the child.

“In no time the parents arrived at the hospital. We went through the hospital formalities and they requested we do lab test which I paid for,” he said.

He explained further that, after the tests were run on the child, they went to the Doctor’s office where it was revealed to them that the child convulsing on that day might be due to an infection.

“Meanwhile, a day earlier the father of the child told me the child had a temperature and he gave him Paracetamol so that might be the cause. He thanked me and we all went back,” Mr. Mensah said.

The School Administrator also mentioned that from the Amansaman Hospital, the father of the child informed him that he was going to take the child to M & D Hospital for further examination since that is their family hospital.

“On Sunday, the father of the child called me that he was coming to the school to see the Director. He came and we met, and he said he was informed that a teacher used a mop stick to hit the boy and he collapsed,” he narrated.

According to him, the father mentioned one French teacher’s name, Madam Eli as the teacher who hit the child and the teacher was called from Church.

He said, when they examine the child per the narrations of the incident by the father, there wasn’t any bruises on the child.

“We dropped the matter there and on Monday the matter was in the media. We called them and the father told us he wasn’t the one who took the matter to the media and that it might be the wife who did that publication,” he said.

He also indicated that earlier, the parents of the child brought a summons in which they were demanding for damages but “We told them we cannot pay anything to them and if they are not satisfied, they can go to court for redress.”

Mr. Mensah Emmanuel Yao, however revealed that days after the incident, the father approached the school to allow the boy back to class but the school management asked him to rather withdraw his two children from the school.

“This was after we both agreed to settle the matter out of court. We don’t know where this is coming from now. In our school, we don’t cane let alone allow a teacher to use a mop stick on the child. So, we will inform our lawyers of the recent development and seek advise on what to do next,” he said.