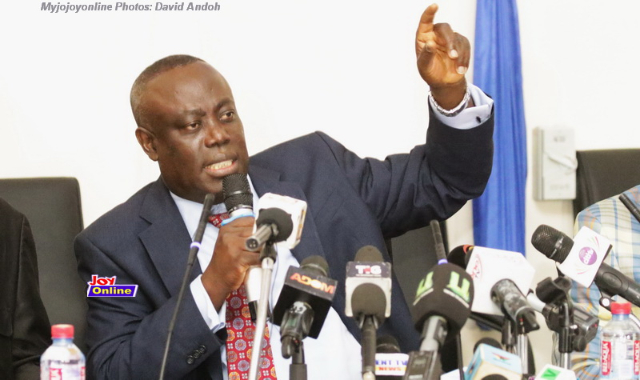 The Ghana Pentecostal and Charismatic Council (GPCC) has asked the Education Ministry to go beyond the suspension of the controversial Comprehensive Sexuality Education (CSE) and expunge it from the basic school curriculum.

President of the Council, Rev Prof Paul Yaw Frimpong-Manso, said Thursday at a press conference that while the Council welcomes comments by the government that CSE has not been approved for teaching in public basic schools, it should make a firm statement to assure Ghanaians that the programme will not be re-packaged and introduced through the backdoor.

“We are saying there should be total withdrawal, annihilation [and] destruction. Expunge that idea. It should be out of the vocabulary of the Ghana education system. We do not want it,” the GPCC President stressed.

GPCC is a faith-based organisation and the umbrella body of over 200 Pentecostal and Charismatic Christian church denominations and para-church organisations in Ghana.

Related: Full document: How Ghanaian kids will be taught Sexuality

The Council has been in existence since 1969. GPCC represents over 28% of the Christian Community in Ghana.

Addressing journalists at the presser, Rev Prof Paul Yaw Frimpong-Manso said the CSE policy when implemented, will erode the long-held traditional value system in the country.

He wants Ghanaians to stay alert and fight what he calls a “monster” programme.

He revealed that GPCC was partnering with the ecumenical and interfaith groups through the National Coalition for Proper Human Sexual Rights and Family Values, to build up a strong national resistance to the CSE.

This partnership, he said, will strive for a total withdrawal of the CSE.

Related: Video: Documentary against teaching children sexuality in the U.S.

The Ghana government and United Nations Education, Scientific, and Cultural Organisation (UNESCO) launched the CSE programme in February this year to empower adolescents and young people to attain a Comprehensive Sexuality Education.

Known as the “Our right, Our lives, Our Future (O³), CSE is supported by governments of Sweden and Ireland.

It is being implemented in Ghana, Eswatini (formerly Swaziland), Malawi, Tanzania, Zambia and Zimbabwe for what proponents say is will be an effective delivery of quality comprehensive sexuality programmes.

The Ghana Education Service (GES) has argued that the subject content of the CSE would be age-appropriate to enable say, pre-schoolers to be empowered with values that would protect them from sexual harassment.

However, most critics have said the age of five is too early for children to learn about sex. Others say some of the topics, such as “Being Male or Female” under a broader topic of “Knowing Myself”, resonate with the Lesbian, Gay, Bisexual, and Transgender (LGBT) activism.

An official document titled ‘Guidelines for Comprehensive Sexuality Education in Ghana’ contains topics on sexuality that critics say, are inappropriate young children, however, the Education Minister, Dr. Mathew Opoku Prempeh, has said the document has not been approved for use in schools.

The United Nations Population Fund (UNFPA), one of the champions of the CSE programme, has said the guidelines were developed by Ghanaian experts and was done on the blind side of the government.

Meanwhile, a Member of Parliament for the governing New Patriotic Party (NPP) has said there is no way the Akufo-Addo government will introduce the widely criticised CSE in schools.

DISCLAIMER: The Views, Comments, Opinions, Contributions and Statements made by Readers and Contributors on this platform do not necessarily represent the views or policy of Multimedia Group Limited.
Tags:
Churches
Comprehensive Sexuality Education