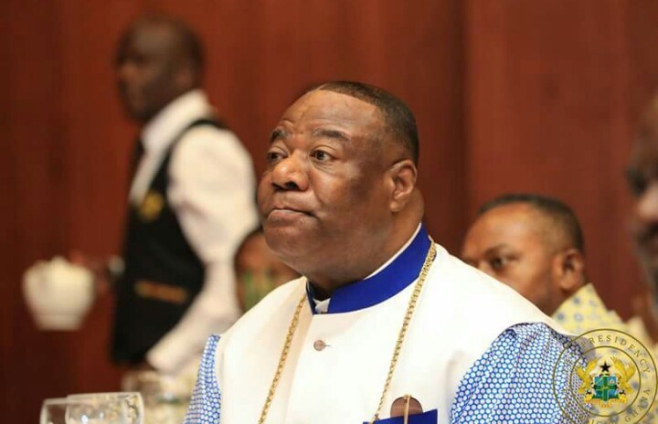 The leader and founder of the Action Chapel International, Archbishop Nicholas Duncan Williams, has asserted that if Ghana’s economic situation does not improve, the country may experience a civil disobedience in a few years.

According to him, this will take place depending on the outcome of the 2024 elections.

In a sermon posted on his official YouTube channel on August 14, the charismatic preacher explained that if the prevailing economic challenges do not ease after 2024, citizens will give up on the political class and be compelled to take matters into their own hands.

Even though it will not be a coup, he said the lack of hope in the leadership of the country will trigger a civil disobedience.

“I was telling somebody, that you know, after 2024 elections, depending on what happens… I don’t have to say I’m a prophet but write this down. Write it down. There will come a time after 2024 that if things don’t change, there will come an uprising in this country. And it will not be police or military. It will be civil disobedience”, he stressed during a Sunday service.

This is the second time the preacher is predicting such a development in relation to Ghana.

In that interview, he noted that the youth of Ghana will become so dissatisfied with the state of affairs in the country and pour out to the streets.

According to him, the youth will strongly protest the hardship in the country in a manner that will be similar to the Arab spring.

His recent pronouncements therefore come as a ‘second warning’ from the revered man of Ghana.

The prophecy, also comes at a time when the country’s economic outlook appears to be in distress.

Currently, Ghana’s currency, the Ghana Cedi, is depreciating against the US dollar at a fast rate which many citizens are lamenting about.

Meanwhile, the Chairman and Managing Director of the International Monetary Fund (IMF), Kristalina Ivanova Georgieva-Kinova, says her outfit is willing to assist Ghana to put the country’s economy on a better footing.

The Bulgarian economist made this known in a tweet on Friday, August 26, 2022.

According to her, the IMF’s decision to support Ghana stems from a ‘constructive meeting’ she had with Finance Minister, Ken Ofori-Atta and his team.

The meeting, she disclosed, bordered on the challenges of Ghana’s economy and how to address them.

We are ready to do our part to help the authorities stabilize the economy, lay the ground for stronger growth & help the most vulnerable”, the tweet said.