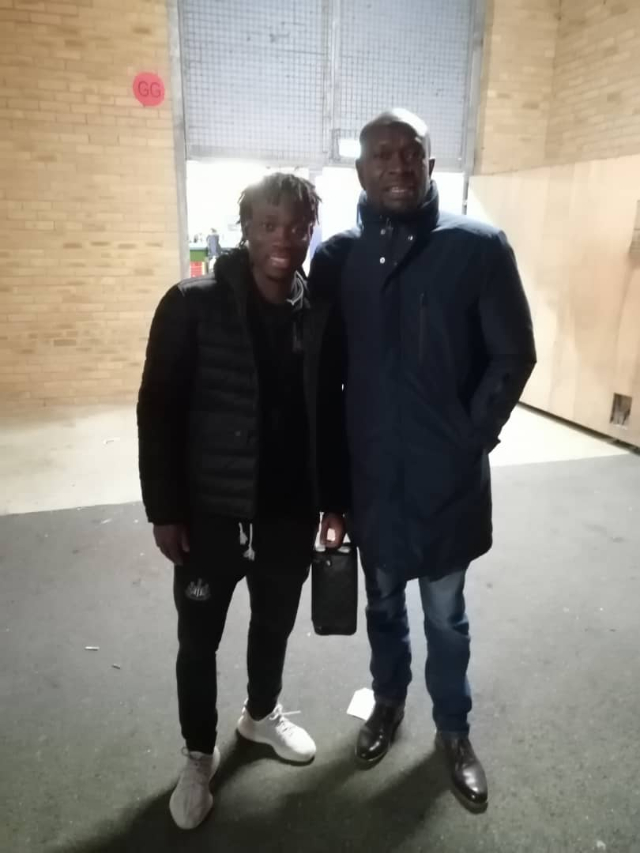 Charles Kwabla Akonnor was in the stands at the Kassam Stadium as Newcastle posted a 3-2 victory to qualify for the fifth round.

Atsu, who came on as a substitute in the 103rd minute, assisted Allan Saint-Maximin to score a spectacular strike to secure the win for the Magpies.

After the match, Akonnor met Atsu to hold talks relating to the senior national team.

Atsu, 28, is seen as a key player for the Black Stars and Akonnor believes he has an important role to play in his tenure. He has made 60 appearances and scored 10 goals.

The 24-year-old midfielder has scored eight goals this season for Brentford in English Championship.

Akonnor is on a European tour to hold discussions with current players and potential new additions to the Black Stars, having assumed duty as new head coach last month.

Atsu and Tariq are the latest players he has held meetings with after captain Andre Ayew, Jordan Ayew and Jeffrey Schlupp.

Akonnor has been tasked to win the 2021 Africa Cup of Nations in Cameroon and also qualify the team to the 2022 World Cup in Qatar.

DISCLAIMER: The Views, Comments, Opinions, Contributions and Statements made by Readers and Contributors on this platform do not necessarily represent the views or policy of Multimedia Group Limited.
Tags:
Christian Atsu