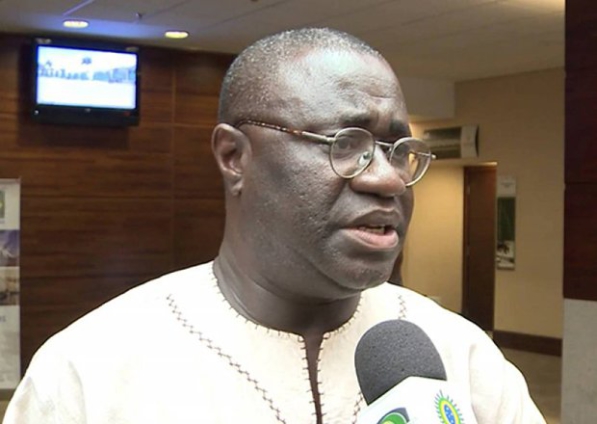 The Director of Faculty of Academic Affairs and Research at the Kofi Annan International Peacekeeping Training Centre (KAIPTC) has described as laughable claims by the police that there is no cloud of insecurity in Ghana.

Prof. Kwesi Aning said the dismissive posture by the Police Service only compounds the insecurity, creating fear and panic among the citizens.

Speaking to Samson Lardy Anyenini on JoyNews’ Newsfile on Saturday, he said that the experience and observations of citizens are key early warning indicators that can contribute to the intelligent assessment of the various security services.

“When the security services and their political masters refuse to listen and to engage; that is why Wa, Ejura and Sene military brutalities have happened. We have to ask ourselves how do we create a conducive environment where we can engage and dialogue.”

“The citizens who are raising their voice, those who are complaining are all driven by one aim; we want to partner and collaborate in a manner that will contribute to a functional stable society.

“A denial, and I think the police spokeswoman two weeks ago denied there was insecurity in this country. That is laughable,” he said.

Prof. Aning’s comments come in the wake of a surge in police and military brutalities witnessed in parts of the country.

It was first in Ejura, where joint police and military force shot and killed two protesters and injured four others, demonstrating the killing of Ibrahim “Kaaka” Mohammed, a social activist and member of the #FixTheCountry movement, who was beaten to death by unidentified people.

The security expert said the security services must show a duty of care and be measured in their actions when dealing with civilians.

He further indicated that the Ghana Police Service has faced a long standing problem with regards to riot control.

The Director of Faculty of Academic Affairs and Research at KAIPTC also called for an overhaul of the institutional culture and training of the Ghana Armed Forces.

Prof Aning noted that in a democratic dispensation, civil democratic control must be such that the engagement between the civil or democratic side and the security side must have one aim, “seeking to build institutions that speak to or respond to the needs and the changing dynamics of the communities that they serve.”