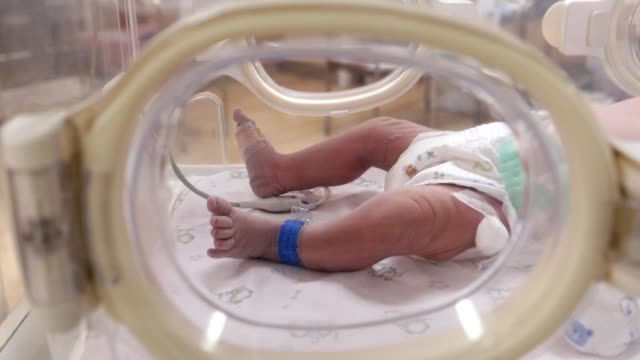 I was involved in a divorce lawsuit which included maintenance for child support. The husband sought for a DNA test on the couple’s youngest child. We were stunned when the judge read the test results in our presence, revealing the husband was not the father of the child. It was even more distressing to see a grown man cry his heart out.

The wife stated categorically that she had had no extramarital affair(s). It was unclear whether what she told us was genuine or not, but it got me thinking: what if she was telling the truth?

Nature of the problem

In 2010, two South African women’s babies were negligently switched following their delivery at the same hospital on the same day in Johannesburg. This anomaly was detected two and a half years later when the partner of one of the women affected demanded a DNA test because he suspected the child was not his. He was later vindicated when the test turned out that indeed the child he was made to father, for more than two years, was not his.

The woman, who actually suspected she had given birth to a girl (but had been exchanged for a boy) noticed that the child did not look like her or his legal father, insisted that all women who gave birth on the same day as her take the same test. That was when it came to the notice of the hospital that indeed her baby was negligently swapped with another.[1]

Early this year, a Ghanaian lady recently took to social media to narrate how her baby was negligently swapped at birth in a Canadian hospital she had gone to deliver. The mother of four revealed she travelled to Canada to give birth to her son and upon delivery, her son was diagnosed with jaundice, so it had to be taken to the ICU. She moved back to Ghana and, after six months, noticed unfamiliar features in the child. According to her, she had not had any extra marital affair and was very confused about what was going on and her husband was equally devastated.

A few months later, the hospital in Canada reached out to her and confirmed the switch and requested she report to the hospital. She revealed she finally got her actual child back when he turned one and a half years. She also added that bonding with her child has been very challenging[2].

We are aware of incidents of dysfunctional families after the release of children’s DNA results requested by embassies or a court in a child maintenance lawsuit.

Unfortunately, when such a problem arises, most victims are not aware they could bring an action in tort or criminal law under negligence against these medical professionals or the medical facility involved.

Quoting Lord Wright in Lochgelly Iron & Coal Co. v M’Mullan,[4] Edusei J (as he then was) drew out the elements involved in tort in Allasan Kotokoli v Moro Hausa[5], as follows: “In a strict legal analysis, negligence means more than heedless or careless conduct, whether in omission or commission: it properly connotes the complex concept of duty, breach and damage thereby suffered by the person to whom the duty was owing.”

So, negligence as a tort is not mere careless conduct. Hence to succeed in medical negligence under tort, one must cover the three-tier concept of duty, breach and damage.[6]

First of all, one must be able to demonstrate that the medical professional failed to fulfill a duty of care.

Second, one must be able to demonstrate that the professional breached the approved standard of care that the medical professional was expected to meet.

Third, there should be proof that a certain injury or psychological stress was caused by virtue of the negligence of the medical professional or facility.

It must be noted, however, that there must be a relationship or causation, indicating that the person was injured as a result of the medical professional’s or medical facility’s negligence.

When all the above conditions are met, then a person is likely to succeed in a case of medical negligence.

Negligence under the Criminal law?

Section 12 of the Criminal and offences Act 1960 (Act 29) states that a person causes an event negligently, where, without intending to cause the event, that person causes it by a voluntary act, done without the skill and care that are reasonably necessary under the circumstances.

What then is medical negligence?

The Black law dictionary (9th Ed.) defines medical neglect as failure to provide medical, dental, or psychiatric care that is necessary to prevent or to treat serious physical or emotional injury or illness. Based on the above, we can define medical negligence as a medical professional’s misconduct or an unreasonable lack of care, knowledge and skill in his or her professional duties.

Based on section 79(2) of Act 29 and the definition of medical negligence, one can deduce that a medical professional who has been summoned by a woman who is delivered of a child, due to his or her presumed expertise, owes that woman a duty of care to protect the child and ensure the child is safely reconnected to its mother when the mother is fit and ready to care for the child. A breach of this obligation would result in the woman suing this professional for damages.

Unfortunately, there is no legal report on a case in Ghana involving a medical facility and swapped babies. It is important to note that most cases of general medical negligence go unreported, and the perpetrators go unpunished, creating a risk to others. However, below are few reported cases on medical negligence in other areas in Ghana.

In State vrs Kwaku Nkyi,[7] the accused, a student nurse, was asked to treat a sick child.  He agreed to do so, and injected the child twice with what he believed was mepacrine.  The child’s condition immediately deteriorated and he died within a few hours. Post mortem examination revealed that the death was due to arsenic poisoning.  The accused was charged with manslaughter and with practising medicine without being registered. Apaloo J, as he then was held that the prosecution failed to prove that the negligence of the accused in mistaking arsenic for the drug, he intended to administer amounted to a reckless disregard for human life he however found accused guilty on the second count that the accused brought himself precisely within the mischief which section 23 (1) of the Medical and Dental Act, 1959 seeks to prevent by administering a drug to a child when he was not a registered medical official.

Also, in Somi vrs Tema General Hospital[8], the Commission on Human Rights and Administrative Justice held that the hospital was grossly negligent and the hospital’s inordinate delay in getting a doctor to perform a caesarean section operation on the patient caused the death of the patient or at least materially contributed to the cause of her death. The Commission, therefore, awarded GHC 5,100.00 as compensation to the deceased’s family.

In 2021, an Accra High Court ruled against the 37 Military hospital for the death of a 27year old woman during the delivery of her baby and Sam-J Specialist Hospital for the medical negligence that led to the paralysis of a baby in the right arm respectively. At the end the suit, a cost of one million Ghana cedis (GH¢1,000,000) was ordered against 37 Military hospital whiles Three Hundred and twenty-six thousand, four hundred and fifty-six cedis (GH¢326,456) was awarded against Sam J hospital[9].

Although, there is no issue in proving that the child is not from the couple and that the child was exchanged at birth per DNA results, people are unlikely to seek legal recourse for the negligence of having their baby swapped from delivery based on a number of reasons. One reason is that, medical practitioners are hesitant to testify against their colleagues or the medical facility in question. According to the aggrieved family of the deceased in an unreported case involving the 37 Military Hospital, the authorities of the hospital refused to cooperate until they filed a lawsuit in court. Despite this, they refused to accept their responsibility; it appears they are protective of their own.

Secondly, Ghana lacks an effective residential address system for tracing patients, making it difficult to track down the whereabouts of their real child even if DNA findings prove that the couple are not the parents of the said child.

The authors of ‘The Law and Naturopathic Medicine Practice in Ghana’[11], backed the proposal for the creation of a Health Ombudsman by CHRAJ, which was included in the current Government’s 2012 Manifesto. According to the manifesto, the ombudsman should be granted power to investigate healthcare cases to ensure that complaints from patients are properly addressed. This proposal has been supported by a number of people. I agree with this assertion and I believe we can take a cue from the Somi case where CHRAJ adjudicated the matter successfully without it been taken to the normal court.

I will advocate for specialized health courts that will adjudicate on all health matters just as we have special courts for the utility agencies such as Electricity and Water Companies. Legal cases involving these entities are not tried in the same court as regular general cases. Special days have been set aside to hear their claims. I am aware that certain courts hold sessions on Saturdays to hear cases involving ECG defaulters. I think this can be replicated in the health sector in Accra if not the entire country. This, I believe, will motivate medical facilities to work with the court, just as it will encourage patients to seek legal reparation.

Amendment of the relevant laws:

Interestingly, the Medical and Dental Act, 1972 (N.R.C.D. 91), which governs the profession of medical doctors and dentists in Ghana, makes no provision for the liability of its members for negligence. It is my opinion that the time has come to amend the Medical and Dental Act to reflect current trends in our society. Because of the rise in medical negligence in modern times, the amendment should include consequences for medical negligence in all aspects of health services.

The Criminal and other offences Act (Act 29)

Unfortunately, there is no explicit provision in Act 29 for the crime of medical negligence. With the rate at which medical professionals are causing needless injuries and death to patients who rely on them for healing and survival, I believe it is time for the law to be amended to criminalize medical professionals’ negligence and incompetence in the course of their duties.

Medical malpractice in the case of child swapping is a major concern because of the repercussions. It is about time the public took an interest in seeking legal redress in such incidents in order to dissuade future medical personnel from following in their footsteps. Aside from the potential for personal injury, it will also encourage medical personnel to be more cautious in their service delivery. Besides the obvious reasons for some broken homes, such neglect can also lead to suicide in those who are impacted (be it the couple or the child). Additionally, the incidence of child swapping may build distrust between unsuspecting couples if it does not result in a divorce. Invariably, the household is likely to be mentally disoriented.

The author can be contacted on appleogodeye@gmail.com