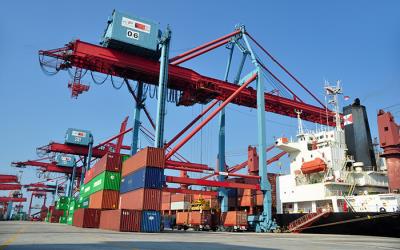 Tension is brewing at the Takoradi ports as frustrated Frieghtforwarders are mulling over the failure of the UNIPASS system to clear goods electronically.

The electronic customs system is currently unable to deliver on its end to end package as envisaged, leading to Frieghtforwarders being asked to go back to the manual means of clearing goods.

Sources among the Frieghtforwarders at the Takoradi port say, unlike the GCNet / WB systems where documents are electronically available for direct access in the end to end chain, that is not so with the new Integrated Customs Management Systems (ICUMS).

Agents have been asked to print out previously scanned documents from the GCNet / WB system to serve as a guide for valuation which ICUMS is unable to do and manually attach current documents for submission.

The situation is further compounded by the fact that UCR and IDF details are captured from GCNet / West Blue system to be used in the ICUMS.

Unlike in the GCNet / West Blue Systems where there is access to Container Movement Report (CMR) and Delivery Order (DO) in electronic format, the news ICUMS does not demonstrate such functionality raising questions about the preparedness and superiority or robustness of the ICUMS.

This also means that other agencies that rely on electronic data for reporting purposes are deficient, which in turn defeats the idea of a paperless port.

The development, which is largely the same at the border posts including Aflao, Elubo and Gonokrom, for instance, is worrying as users are deprived fast and easy service.

With clearance at the ports back to manual, freight forwarders are worried there is a high risk of undervaluation, document fiddling, theft of goods and potential revenue leakages.

DISCLAIMER: The Views, Comments, Opinions, Contributions and Statements made by Readers and Contributors on this platform do not necessarily represent the views or policy of Multimedia Group Limited.
Tags:
UNIPASS