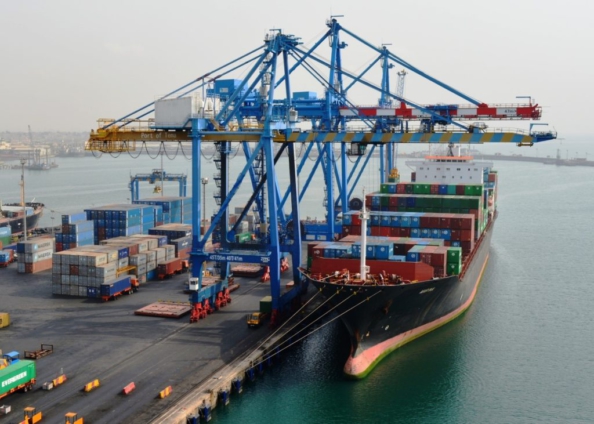 The Ghana National Chamber of Commerce and Industry (GCCI) is worried about “challenges fraught with the implementation of the UNI-PASS/ICUMS system.”

The system seeks to process documents and payments through a single-window but has left freight forwarders in a fix.

Prior to the implementation, a number of legitimate issues were raised towards ensuring a smooth take-over of the GCNet/WestBlue system by UNI-PASS/ICUMS system.

This was followed by assurances from government and the system managers that the UNI-PASS/ICUMS system will offer importers and exporters superior integrated system of filing all documents, ensure national security and safety, efficient revenue mobilisation and clearing process at the port.

However, a few days into the implementation of the system, freight forwarders are experiencing a great departure from the improved paperless system promised.

On June 1, a number of them thronged the port to air their grievances of their inability to use the new system and, therefore, called on government to run the two systems concurrently instead of completely shutting down the old system of clearance which they had used for almost two decades.

They indicated that their expectation of having their documentation going through the system smoothly as promised by authorities, did not materialize as the system kept giving them error messages when they tried inputting their information.

According to them, if the old system was running concurrently, they would have fallen on that when encountered with such challenges with the Unipass. These developments, the Chamber warns, can disrupt revenue margins of government.

Currently, certain aspects of the new system are done manually including generation of Tax Identification Number (TIN), issuance of invoice by GPHA, and line charges.

This has caused undue delays in clearing goods at the port and undermining the efficiency of the much-touted paperless system in Ghana. Importers and the business community are also witnessing accruing demurrage and rent charges due to the delays in the clearing process and any further delays will be detrimental to the importers.

Addressing these issues in a circular, President of the GNCCI, Dr Nana Appiagyei Dankawoso I called on the managers of the new port clearing system be sensitive to issues raised by the trading community.

“Government must ensure that the managers of the new system commit to proactive measures to address these emergent issues that are affecting business operations at the ports and which also puts government’s revenue target in jeopardy.

“Further stakeholder engagement is crucially needed to address the unresolved issues and forestall any business disruption at the ports.”

Meanwhile, President of GUTA, Dr. Joseph Obeng wants answers to the effects of rent charges and demurrage on importers.

“At this moment, we want to know who bears the cost of such charges of demurrage and rent since the importer is not the cause of the problems in the implementation of the new system (UNIPASS)?”

To this end, GUTA has urged the government to as a matter of urgency fix challenges regarding clearing of goods at the ports and bring operations there to normalcy with the enhanced efficiency that was promised the business community.

The UNIPASS/ICUMS platform is a new port clearing system that processes documents and payments through one window: a departure from the previous system where valuation and classification and risk management and payment were handled by different entities.

CUPIA Korea, which is assisting the Customs Division to implement the UNIPASS system, has described it as an enhanced single window system for trade facilitation.

DISCLAIMER: The Views, Comments, Opinions, Contributions and Statements made by Readers and Contributors on this platform do not necessarily represent the views or policy of Multimedia Group Limited.
Tags:
UNIPASS
West Blue