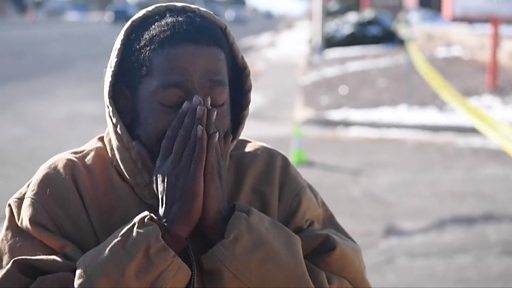 People at a gay club in the US state of Colorado have been hailed as heroes for subduing a gunman and preventing a deadly shooting from being even worse.

Colorado Springs Mayor John Suthers said one patron grabbed the attacker’s own gun and hit him with it during the shooting in Club Q on Saturday night.

Another club-goer reportedly helped to keep the gunman pinned down until police arrived.

The gunman killed five people and injured 25 more before being arrested.

The suspect, named by police as 22-year-old Anderson Lee Aldrich, is now in police custody.

Mayor Suthers described the intervention of several club-goers as an “incredible act of heroism”.

“This incident was over by 12:02, and that’s largely because of the intervention of at least one, possibly two, very heroic individuals who subdued this guy… appears to have taken his handgun with them… and used it to disable him… not shoot but hit him with the gun, and disable him.

“But for that, as tragic as this incident is… it could have been much, much worse but for these heroic actors,” the mayor added.

Praise also came from the governor of Colarado, as well as the owner of the club – who noted “dozens and dozens of lives” had been saved.

DISCLAIMER: The Views, Comments, Opinions, Contributions and Statements made by Readers and Contributors on this platform do not necessarily represent the views or policy of Multimedia Group Limited.
Tags:
Club Q Colorado
Mayor
Shooting