CMS fire was deliberately set to cover up theft – Report 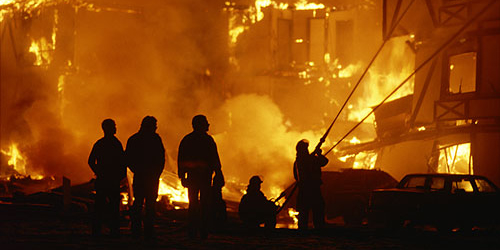 A Committee set up to investigate the Central Medical Stores fire says the fire was deliberately set to destroy evidence of theft, massive fraud and widespread irregularities.

“It was established that the fire was deliberately set and that property damaged was worth millions of Ghana Cedis,” The Attorney General, Marietta Brew Appiah-Oppong told the press, Friday.

The country’s biggest drug storage and distribution outlet located in Tema was engulfed by fire on January 13, 2015.

It took almost three days for the fire to be doused.

Drugs purchased by the state for the treatment of Malaria, HIV/AIDS, Tuberculosis and some Ebola PPE’s which were all kept at the Central Medical Stores for distribution across the country got burnt.

It emerged after the fire that the CMS was not insured and government had to bear the cost of all the destroyed items.

The fire was initially believed to have started in a nearby bush but spread to the medical stores.

Twelve Officials including the Former head of the Central Medical stores, Peter Ekow Gyimah have been indicted.

Marietta Brew said it is believed that an arsonist was paid to set the fire to the CMS.

“The suspected arsonist, Samuel Dogbe who was a laborer at CMS is currently at large and being sought for by the security agencies,” she added.

The act, according to her was triggered after the then Health Minister, Dr Kwaku Agyemang-Mensah tasked the Economic and Organised Crime Unit to look into some suspected irregularities at the CMS.