Coalition shaping up to challenge NPP, NDC in 2024 - MyJoyOnline.com

Coalition shaping up to challenge NPP, NDC in 2024 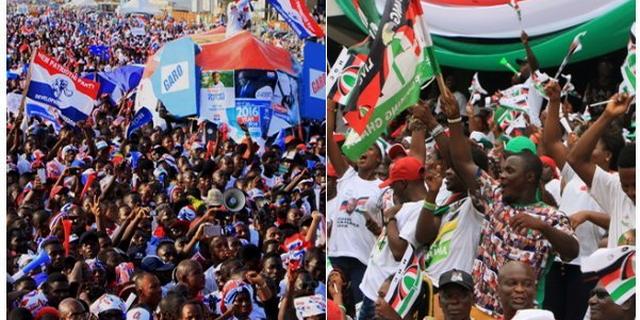 Moves are underway to form a broad coalition that will challenge the NDC and NPP in the 2024 elections. That is according to the Economic Fighters League, a radical Nkrumahist movement focused on economic independence.

The NPP and the NDC have dominated Ghana’s political landscape since the return to constitutional rule in 1992.

The two parties have alternated between government and opposition in what has become a de facto two party system.

However, many have decried the the lack of development, invasive corruption, lack of accountability and increase in inequality despite the fat resources of the state, blaming these on the two parties. The desire to see an alternative to the two main parties has been consistently dashed as smaller parties are unable to garner even 1% of the votes in previous elections.

This in itself has led to what some have called ‘politics of exclusion’, which they say is a threat to Ghana’s democracy. The Economic Fighters League seems to be readying to provide the alternative Ghanaians have been yearning for.

In a Facebook post on Saturday, the Fighters said they were working hard to quietly build a coalition that will challenge the two parties in the 2024 general elections.

“The days of NDC-NPP control of Ghana are numbered. As announced, we have been working hard, silently, to build a broad coalition to push independent people of integrity into Parliament in 2024.
Things are shaping up well.

It is however not immediately clear how they intend to do this.

It will be remembered that in December last year, leader of the Economic Fighters League, Ernesto Yeboah, announced that his organization will be collaborating to build a platform that will challenge the duopoly in 2024.

“The best way to expose a glass of dirty water is to place a glass of clean water by it and so the Economic Fighters League will offer a platform for those Ghanaians who are of integrity and substance to contest the elections in 2024.

“We aim to fight the battle to rescue the country on two fronts – from the inside and from outside, presenting principled, honest, competent, progressive men and women with high integrity to replace the bunch of corrupt, incompetent, self-seeking individuals we currently have in Parliament and have had since 1992. We will work to build a coalition of willing individuals and organisations who have this country at heart and who yearn for it to be fixed”, he said.

Not much updates have been seen since then and it remains to be seen what the impact of the “silent, hard work” of the Fighters will be in the lead up to the 2024 election.