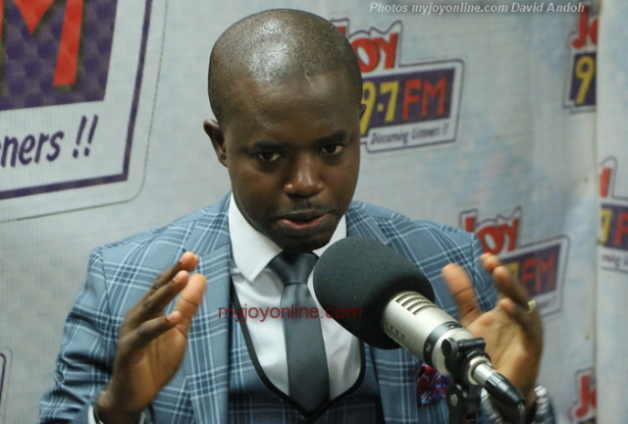 Lawyer for the Editor-in-Chief of online portal Whatsup News, Edudzi Kudzo Tamakloe has rubbished a police report claiming that his client and brother, David Sitsope Tamakloe was arrested based on blackmail and extortion allegations.

According to him, the police statement is nothing but a fabrication and should be treated with the utmost contempt.

The police arrested David Tamakloe on April 1 at his office.

In a statement from the Ghana Police Service reacting to the accusation of arresting the journalist at gun point, it stated that the “Suspect was arrested on alleged offences of an attempt to commit a crime to wit: extortion contrary to section 18(1) and 151(1) and the publication of false news contrary to section 208 of the Criminal Offences Act 1960 (Act 29).”

However, Lawyer Tamakloe says the charge of extortion was only an afterthought.

In a Facebook rant, the lawyer recounted: “His junior officers took a statement from David Tamakloe on Thursday for the offence of false publication. On Thursday, there was no issue of blackmail or extortion. It is an afterthought because I pointed out to the investigator, Inspector Charles Adjei that he is yet to publish the story. That he is still speaking to the people involved to ensure fairness. How do you arrest such a person?”

Lawyer Tamakloe went on to insist that the actions of the Police will only harm the victim of the said extortion and not his client.

“Your approach in causing the arrest of David and this unprofessional statement from the Police will hurt only your wife. I pray this matter gets to court, so you can see how you have decided to mess your wife up with your panic reaction.

“Do you know that your wife even expressed her gratitude to David for at least reaching out to her to hear her side of the story before publication? So how do you arrest such a person?”

He has thus called on the Police to withdraw that charge.