Commission to ensure easy tracing and identification of weapons, firearms 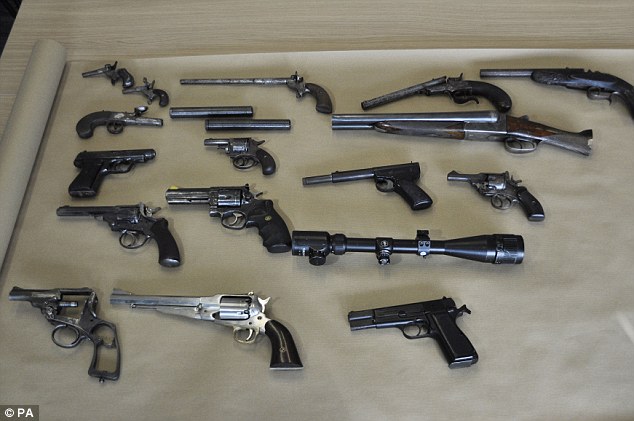 The National Commission on Small Arms and Light Weapons is marking state-owned weapons and all registered civilian firearms to enhance accountability and promote easy tracing and identification.

The Commission says there are about 2.3 million small arms in civilian hands, according to a survey conducted by the Kofi Annan International Peacekeeping Training Centre (KAIPTC) in 2014.

It said out of the figure, 1.1 million remained unregistered, with 1.2 million registered with the Criminal Investigation Department (CID) of the Ghana Police Service.

Mr Gyebi Asante, a Deputy Director of the Commission, indicated that the figure could be more after six years of the baseline study.

He said unregistered firearms in circulation posed danger to the country’s peace and security, adding: “The fight against illicit small arms and gun violence is likely to elude us until we focus on ammunition control and management as a country.”

“Any arm or firearm, no matter how sophisticated, without cartridges or ammunition is silent and can be silenced forever.”

Mr Asante said police records showed that even with the registered small arms, less than 100,000 licences of the 1.2 million registered were renewed annually.

In view of that, he said, the CID had digitised the registration of civilian firearms and devising a system that would enable the police to track licensed gun owners who did not renew their licences.

That, he said, would enable the police to keep a proper database of all licensed gun owners in the country and track missing registered firearms.

He said even though it cost only ¢10 to renew licences for shotguns, most licensed gun owners failed to renew them and advised owners to consistently go for renewal since it saved them a lot of problems.

“The refusal to renew one’s licence could land one in jail, a consequence that is not worth anybody’s negligence or forgetfulness,” he said.

Mr Asante said owning a firearm was a big responsibility while possessing an unregistered small arm was a huge risk that should not be taken for granted.

The Police Service was mandated to register civil category small arms in the country, but the Commission complemented the Police’s efforts, he said.

The Commission, he said, engaged in public education and sensitisation for Ghanaians to understand the procedures and responsibilities involved in acquiring firearms for legitimate personal use, thereby promoting responsible gun ownership in the country.

Touching on the upcoming elections, he advised Ghanaian youth not to allow themselves to be used to perpetrate violence in the December 7 polls, adding: “Ghanaians must become victors and not victims of the elections.”

“We must have refuge in our own motherland, not become refugees on another foreign land.”

He entreated the youth and party foot-soldiers not be trouble-makers but trailblazers of a peaceful election.