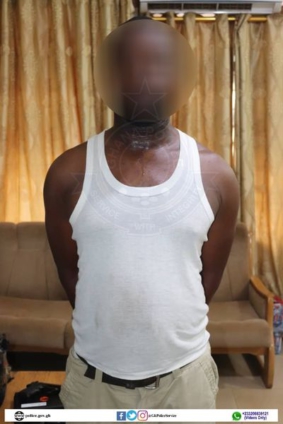 The suspect was arrested at the Pigu police barrier on the Tamale-Bolgatanga Highway during routine police intelligence operations.  The operation led to the retrieval of six (6) new foreign-made ‘9mm Calibre Bruni 92’ pistols.

On Friday, April 8, suspect Mohammed Iddi was arraigned before High Court One in Tamale and has been remanded into police custody to reappear on April 25, 2022.

The police commended the Northern Regional Police Command for the diligent operation.

The police in a Facebook post assured the public of its commitment to ensuring a safe and secure environment for all.