Commitment to Black Stars is overrated; the case for Mohammed Salisu’s inclusion for Qatar trip 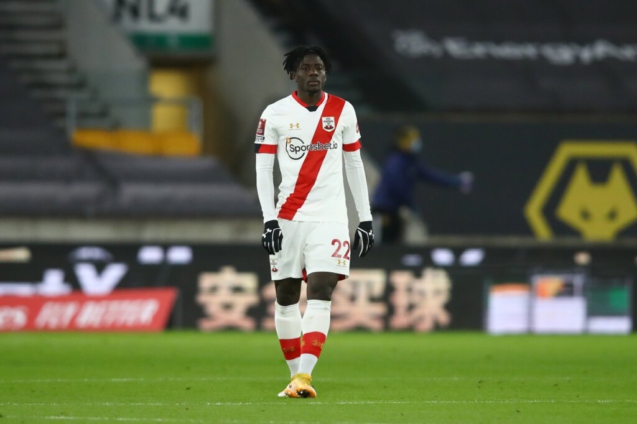 Today marks exactly a week Ghana’s Black Stars booked its place at the 2022 FIFA World Cup that is to be held in Qatar. Making it to the Mundial is a big achievement, especially for a very young team and qualification was made greater because it came at the expense of a big international rival, Nigeria in the Super Eagles’ backyard.

Immediately after progressing from the playoffs, thoughts immediately switched to how Ghana can make a bigger and better impression than it did the last time out at the World Cup.

While several changes including maintaining the technical team and doing away with the Black Stars management committee due to redundancy in its work have been proposed by fans, the majority of the chatter surrounding the team has centered on how to improve the playing personnel.

In the 2014 World Cup held in Brazil, Ghana failed to build on its quarterfinal appearance in 2010 and exited the preliminary stage under a heavy cloud of financial and administrative mismanagement. As such, there is the need for Ghana not just to make a mere return but deliver a big-time performance in Qatar to make up for that embarrassment and disappointment.

Drawn in Group H against Portugal, Uruguay and South Korea, there is a lot of familiarity between Ghana and Portugal and Uruguay to breed enough contempt to fuel a run beyond the group stage in the Middle East later this year.

To realize such expectations, Ghana needs to upgrade the team that played in the qualifiers and players like Callum Hudson-Odoi and Tariq Lamptey are very likely possible additions to the Black Stars. Sections of Ghanaian fans have varied opinions on both players’ inclusion in the team but neither of the two sharply divides opinions on this subject the way Mohammed Salisu does.

Due to a reported rift with the Ghana Football Association (GFA), the Southampton defender has reportedly turned down multiple invitations to the Black Stars because he isn’t ready to come play for the team.

Many believe he doesn’t deserve a spot in the team because he played no part in the qualifiers, didn’t treat Ghana with respect and in Alexander Djiku, Daniel Amartey, Joseph Aidoo, Abdul Mumin and many others including Nantes’ Dennis Appiah and Hearts of Oak’s Mohammed Alhassan, Ghana is pretty much sorted in central defence.

On the contrary, Salisu needs to be invited to the Black Stars because for starters, aiding Ghana’s qualification to a World Cup doesn’t guarantee a spot at the World Cup for a player. Interim Black Stars head coach, Otto Addo didn’t play in the qualifiers in the lead up to Ghana’s debut World appearance in 2006 but ended up competing for Ghana in Germany. However, a handful of players who played roles in crucial qualification games were dropped eventually.

William Tierro started for Ghana in the Black Stars’ remarkable 3-0 win over South Africa in 2004 with Charles Taylor coming off the bench to feature in the game. In the return leg, Ghana all but sealed its place in Germany with a 2-0 win with the likes of Daniel Edusei starting for the Black Stars. In both cases, Tierro, Taylor and Edusei didn’t make it to the World Cup but Addo, Haminu Dramani and Alex Tachie-Mensah did.

For folks that are in the “No Salisu for Qatar 2022” camp because of his supposed non-commitment to the Black Stars, well here is the gospel truth; commitment to the Black Stars is overrated. Playing football is the job of footballers and many see it as that; A Job and it is high time fans also view it same and doing so means Ghanaian fans need to take emotions out of the equation and handle it as another unique tolerance-talent case.

Kevin-Prince Boateng has clearly shown that he has never been committed to the Black Stars at any point in his international career. Mind you, the German-born player switched international football nationality to Ghana after he was rejected by Germany in the lead up to the 2010 World Cup but behind Asamoah Gyan and arguably Jonathan Mensah, he was Ghana’s best player in South Africa.

When the talent is that good, the level of tolerance is that good too and Mohammed Salisu is that good so the level of tolerance over his non-committal stance towards the Black Stars ought to be tolerated. Statistically, Salisu leads the English Premier League in interceptions with 68, ranks 10th overall in aerial battles won and is tied in 15th place in shots blocked but statistics don’t show the full picture a proper eye test does in evaluating a player. Per the eye test column, Salisu checks that box with his overall play for the Saints to the point he is on the radar for a possible move to a top-six team once this season ends.

That aside, Addo is in love with the modern trend of building up play from the backline with full-backs pushed upfield and the defensive midfielder dropping deep to serve as the attacking outlet or a decoy to free a central defender to advance the ball. Unfortunately, Ghana doesn’t have these kinds of strengths in Amartey, Djiku or Baba Iddrissu’s style of play. Thomas Partey has those qualities but those qualities are needed a bit further up the pitch to balance Ghana’s midfield out as his fellow midfielders Daniel Kyereh, Elisha Owusu, and Mohammed Kudus are more attack-minded.

Unlike Amartey and Djiku, Salisu is comfortable with the ball at his feet and comfortable passing out from the back at a high success rate and is familiar with Addo’s style of play since Southampton often builds its attacks in a similar manner with Oriel Romeu or James Ward-Prowse dropping deep. Ghana had to defend by committee against Nigeria’s aerial threats Odion Ighalo and Victor Osimhen and in Qatar, the Black Stars will face off against even better aerial threats in Portugal’s Cristiano Ronaldo and Andre Silva not forgetting Diogo Jota plus Uruguay’s Jose Gimenez and Darwin Nunez.

Defending by committee consistently isn’t the best approach and at some point, Otto Addo would have to get his defenders to take one on one defensive assignments against such elite threats. In order to pull that off successfully while assigning other defensive duties to other players, Ghana needs Salisu’s 6-foot 3-inch presence in the team to complement Amartey’s 6 foot 1inch frame and Djiku’s 6-foot frame.

People need to understand playing in a tournament setting is quite short, unlike club football which has an extensive-time period for commitment or lack thereof to be a major issue. Production is king and Kevin-Prince Boateng’s run with the Black Stars in 2010 should serve as the ultimate guide to handling Salisu’s issue.